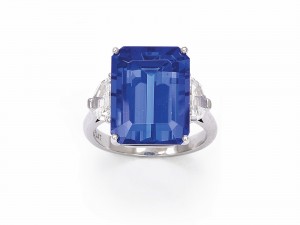 Lot 332 from the recent Dupuis auction (dupuis.ca) is a 12 carat tanzanite that exhibits fine colour.

Tanzanite is a gem noted for its bright colour, its high degree of clarity, and its almost unique source. Tanzanite is an unusual gem because it is found near Arusha, Tanzania, and really not in any commercial quantities anywhere else. The gem was popularized in 1967 by Tiffany & Co (tiffany.com). 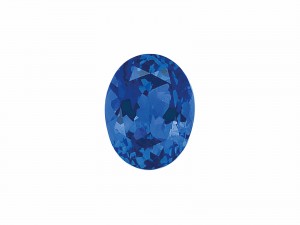 Another lot from the same auction, also at dupuis.ca, lot 376, is an oval of 9.29 carats and has a similarly fine colour, but a different shape.

Tanzanite really shows strong colour differences when viewed from different angles. This is shown to great effect when this same tanzanite is viewed in different positions between polarizing filters in a gemmological polariscope. Above and below you can see the distinct directional differences, face-up and between filters. 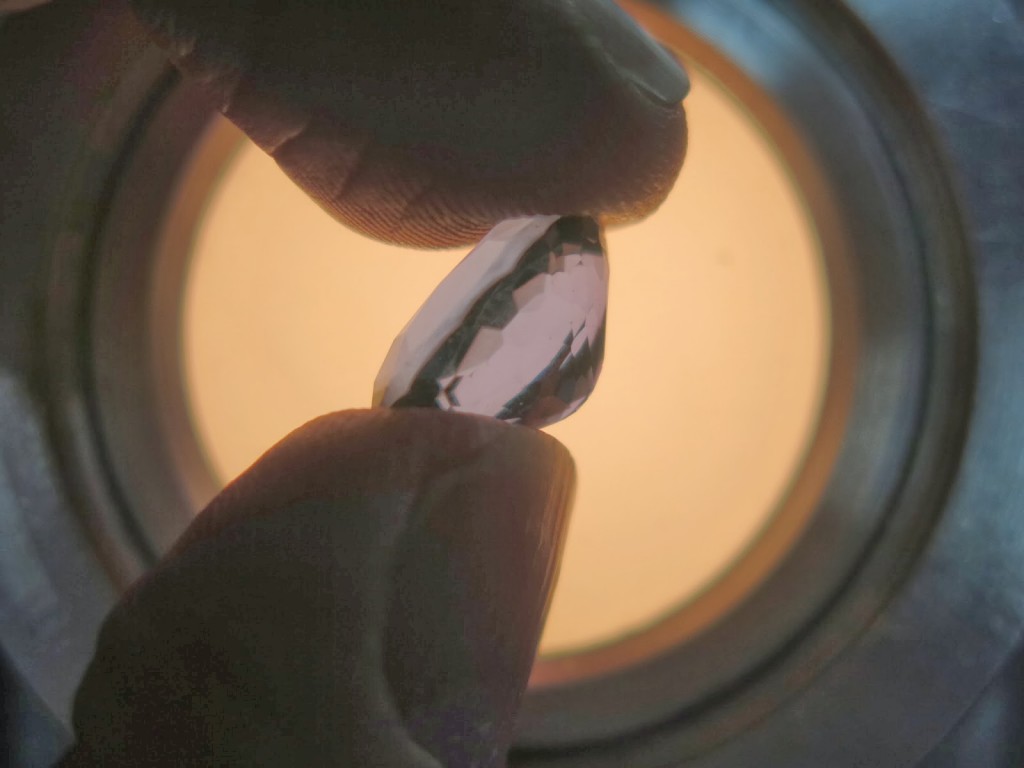 Tanzanite in a gemmological polariscope. 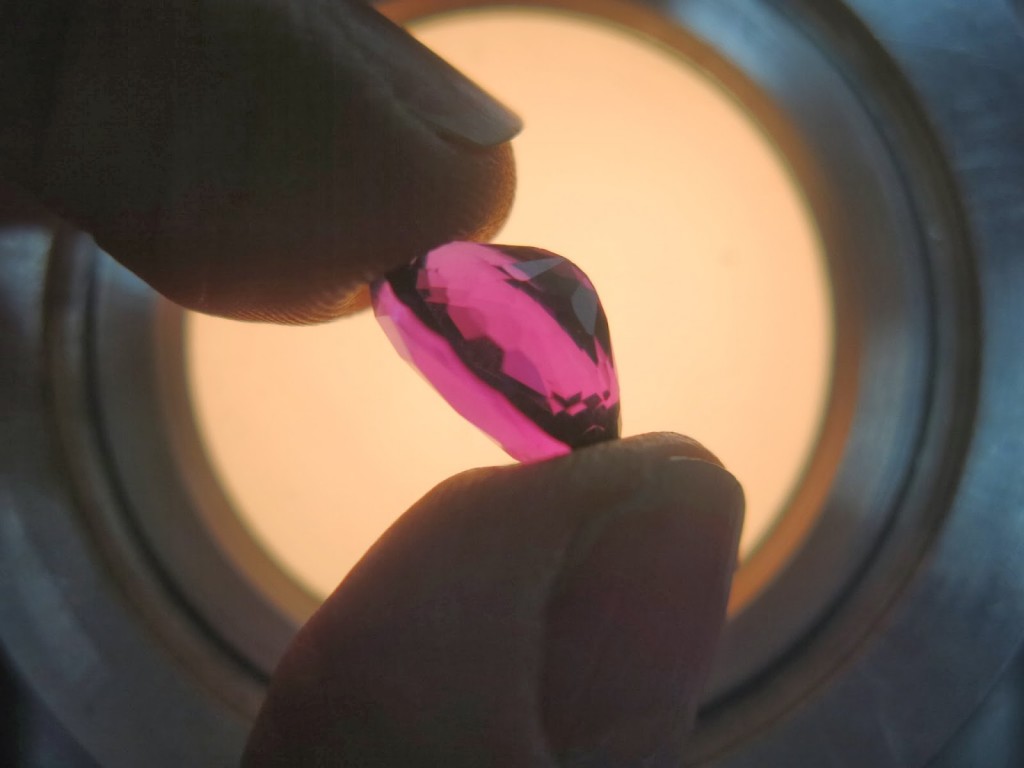 Tanzanite in a gemmological polariscope.

Duncan Parker, FGA, FCGmA, CAP (CJA), Vice President. Duncan is a columnist and contributor for industry magazines and journals. He has been an instructor of the gemstone course at Ryerson University, the Gemmology courses of George Brown College and Canadian Gemmological Association as well as instructor Master Valuer Program with the Canadian Jewellers Association. A renowned expert, he speaks regularly at international gem and jewellery conferences and symposiums, as well as at less formal events. He has served as President of the Canadian Gemmological Association since 1995. Before joining Dupuis Auctioneers, Duncan was a director of research at Harold Weinstein Ltd., a leading and respected jewellery appraisal company.
View all posts by Duncan Parker →
This entry was posted in Gemmology, Jewellery and tagged Pleochroism, Tanzanite, Tiffany & Co.. Bookmark the permalink.