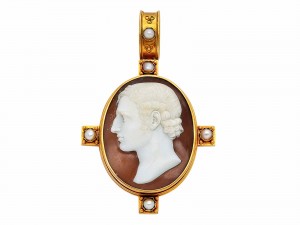 AN ANTIQUE PORTRAIT CAMEO AND GOLD PENDANT/BROOCH, CIRCA 1870

Cameos are small art works often in the form of carved gems. We associate cameos with a white to cream figure on a pink to orange-brown background in the most traditional carved shell cameos. While some of the finest work is in carved shell, historically, agates, chalcedony and other quartz are among favourite media for cameo artists dating back to ancient Egypt.

While these days, cameos are often seen as production line jewels with pointy nosed caricatures of an idealized woman’s head, there are still some exceptional cameo artists working today. Naples is the cameo carving centre of Italy, and some of the workshops have volume carvers working side by side with carvers creating unique one-of-a-kind pieces. It is good to see the art has not been lost.

In the upcoming November 24th Dupuis auction found at www.dupuis.ca there is a most interesting and unique cameo. Lot 201 is a “portrait” cameo. This is a 19th century cameo made as a portrait of an individual, and it is offered with a hand tinted photograph of the gentleman, stated to be George Colyer. Comparing the two images, it is clearly the same man. He has the same curly head, and the same inscrutable look. This is certainly a fascinating antique. For more information, go to: http://bit.ly/17EkKlM 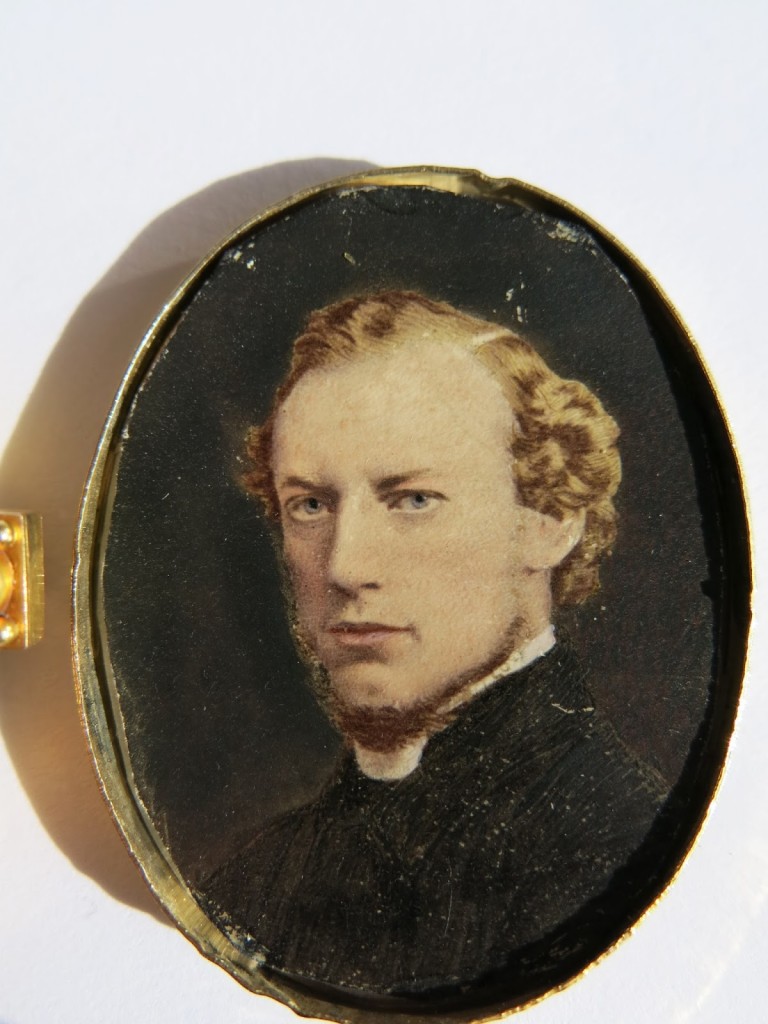 Duncan Parker, FGA, FCGmA, CAP (CJA), Vice President. Duncan is a columnist and contributor for industry magazines and journals. He has been an instructor of the gemstone course at Ryerson University, the Gemmology courses of George Brown College and Canadian Gemmological Association as well as instructor Master Valuer Program with the Canadian Jewellers Association. A renowned expert, he speaks regularly at international gem and jewellery conferences and symposiums, as well as at less formal events. He has served as President of the Canadian Gemmological Association since 1995. Before joining Dupuis Auctioneers, Duncan was a director of research at Harold Weinstein Ltd., a leading and respected jewellery appraisal company.
View all posts by Duncan Parker →
This entry was posted in Antique Jewellery, Jewellery and tagged antique, Cameo. Bookmark the permalink.