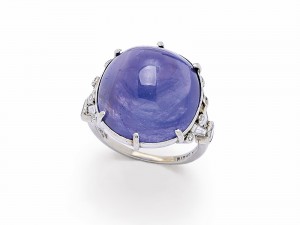 Sapphires are amazing for many reasons, including the diversity of colours they may have, the phenomena that may have, and the parts of the world where they may occur.
On average, sapphires are thought to be blue, but they really can be any colour except red (red is reserved for ruby of the same mineral).
This gem has several interesting things to note: It is a star sapphire, with needle-like inclusions oriented in three directions causing reflections to form a 6 ray star, plus it changes colour, purple in incandescent light and bluish in daylight, but it also has bubbles that move around in liquid filled inclusions (one of the bubbles disappears when the gem is warmed to hand temperature, and returns when it cools down). The liquid filled inclusions virtually prove that the gem has not been heat treated, the presence of the star due to inclusions helps to prove it (these would be damaged during the heating process). This sapphire likely originates in Sri Lanka. Lot 244 in the upcoming November 24th 2013 Dupuis Auction. For more information go to: http://bit.ly/HYXndu 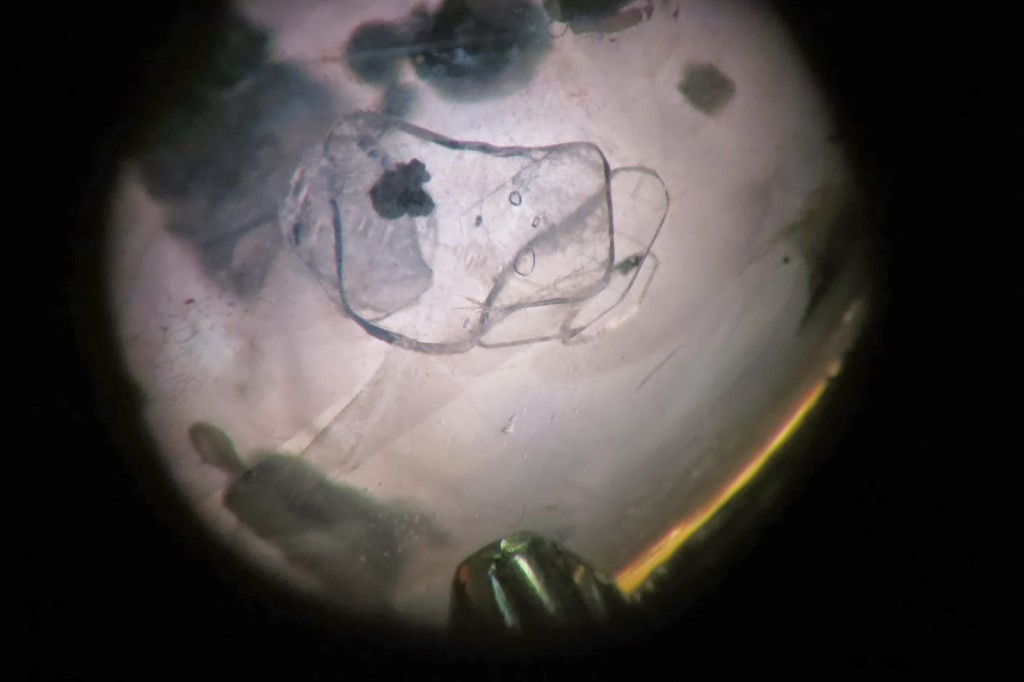 Duncan Parker, FGA, FCGmA, CAP (CJA), Vice President. Duncan is a columnist and contributor for industry magazines and journals. He has been an instructor of the gemstone course at Ryerson University, the Gemmology courses of George Brown College and Canadian Gemmological Association as well as instructor Master Valuer Program with the Canadian Jewellers Association. A renowned expert, he speaks regularly at international gem and jewellery conferences and symposiums, as well as at less formal events. He has served as President of the Canadian Gemmological Association since 1995. Before joining Dupuis Auctioneers, Duncan was a director of research at Harold Weinstein Ltd., a leading and respected jewellery appraisal company.
View all posts by Duncan Parker →
This entry was posted in Gemmology and tagged inclusions, Sapphire. Bookmark the permalink.