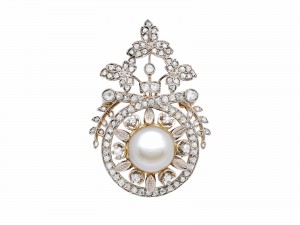 AN ANTIQUE NATURAL PEARL AND DIAMOND BROOCH, CIRCA 1900

Natural pearls are the original gems. Someone, long ago, was eating an oyster and bit on something, rolling in the palm of our ancient ancestor, it was the first gem, ready to wear, produced through the efforts of a little shellfish. The natural pearl is built up layer by layer, season by season, eventually ending up as this little treasure in lot 72 of the upcoming Dupuis Auction November 24, 2013. For more information, go to: http://bit.ly/17dDULJ 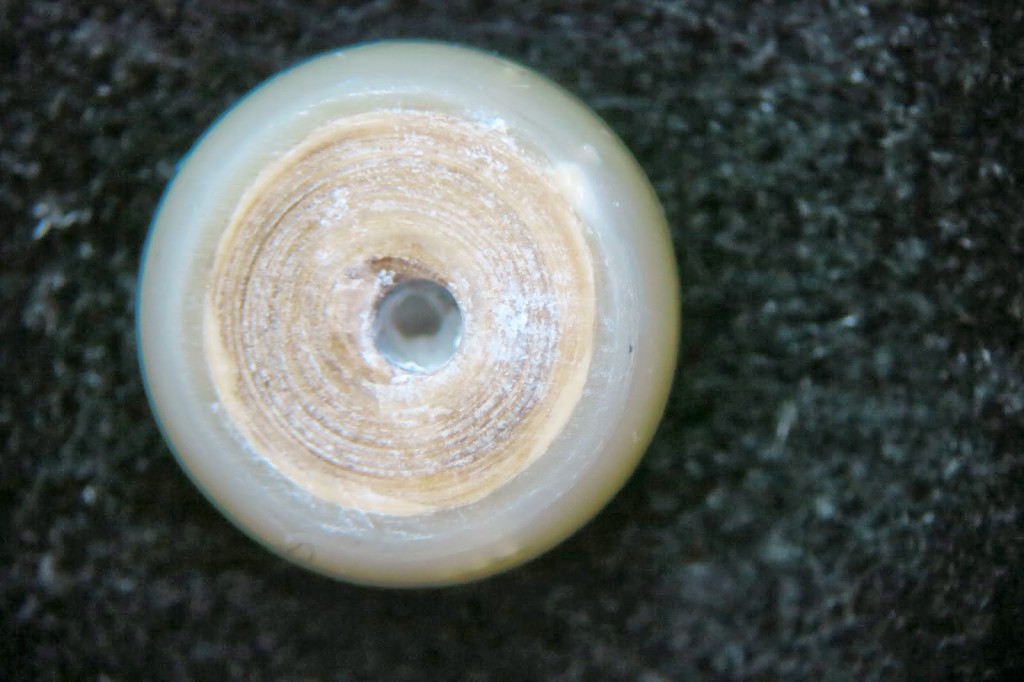 Duncan Parker, FGA, FCGmA, CAP (CJA), Vice President. Duncan is a columnist and contributor for industry magazines and journals. He has been an instructor of the gemstone course at Ryerson University, the Gemmology courses of George Brown College and Canadian Gemmological Association as well as instructor Master Valuer Program with the Canadian Jewellers Association. A renowned expert, he speaks regularly at international gem and jewellery conferences and symposiums, as well as at less formal events. He has served as President of the Canadian Gemmological Association since 1995. Before joining Dupuis Auctioneers, Duncan was a director of research at Harold Weinstein Ltd., a leading and respected jewellery appraisal company.
View all posts by Duncan Parker →
This entry was posted in Antique Jewellery, Gemmology and tagged Brooch, Natural Pearls, Pearls. Bookmark the permalink.