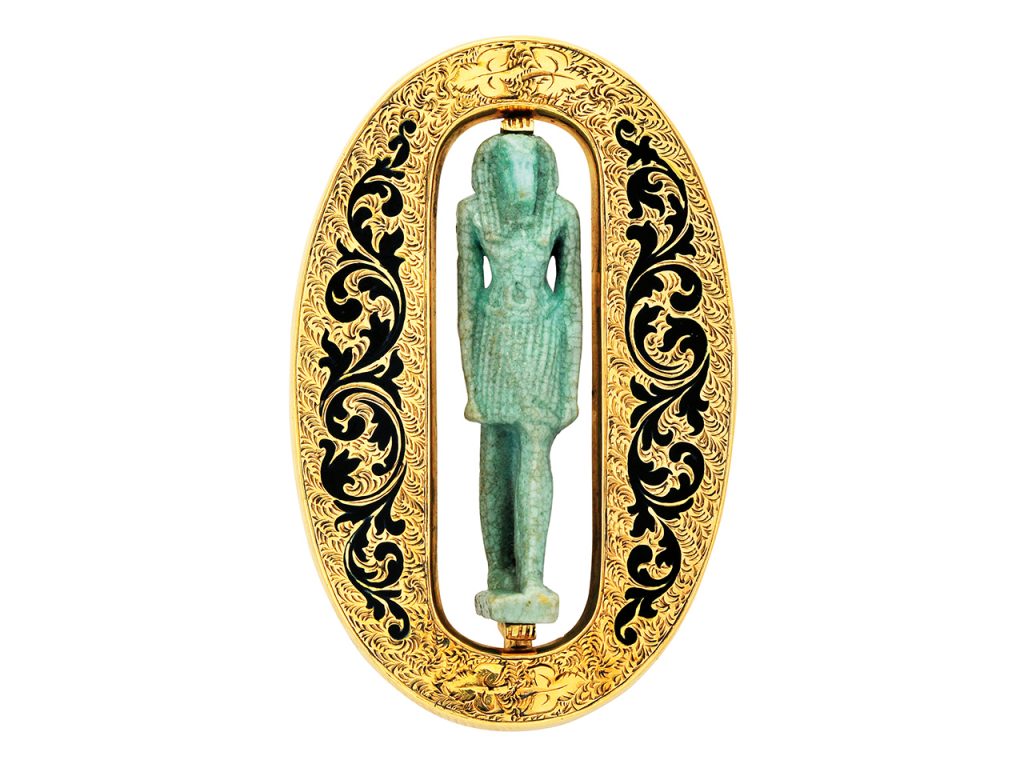 Did you know that the world has been fascinated with the world of ancient Egypt since it was not ancient? Every time someone uncovers a tomb or grave in ancient Egypt, we see Egyptian influences flowing in to the art, architecture, and jewels of the modern world.

Before the tomb of Tutankhamun was uncovered, tourists, archaeologists, and grave robbers visited the Valley of the Kings, and explored the Great Pyramids, the Sphinx, the tomb of Ramses and all the important sites of ancient Egypt. Exploration uncovered tombs and artifacts regularly.

Sometimes whole tombs were discovered, and sometimes small decorative artifacts were found. Both architectural style and decorative elements found their way around the world.

Nineteenth century explorers and travellers returned to show what they had found in Egypt. Often collected or purchased artifacts were incorporated into decoration and jewellery.

Sometimes there were blends of styles and influences. We see elements from many cultures, styles and geographies influencing each other, more and more as travel and communication became easier in the 19th century.

After the tomb of Tutankhamun was re-discovered in 1922, the world sat up and paid attention, and the Egyptian influences became even stronger. 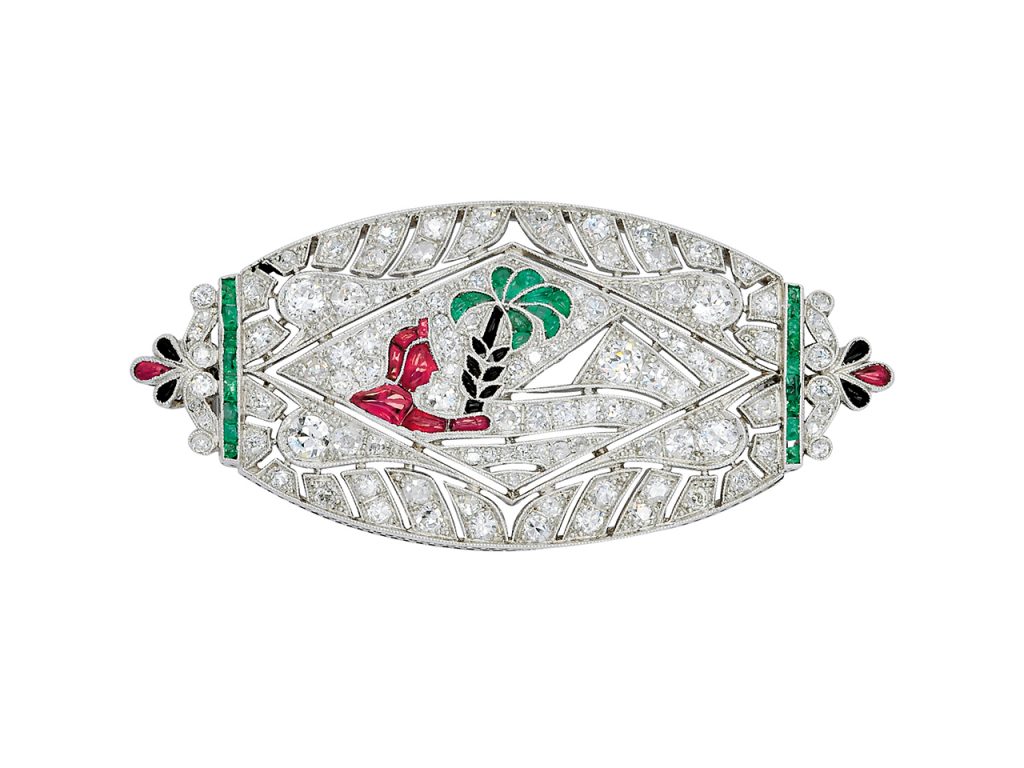 Art Deco brooch, Circa 1930, with obvious Egyptian influences after the discovery of Tutankhamun’s tomb, Lot 363, in the Dupuis Fall 2016 Important Jewels Auction

Duncan Parker, FGA, FCGmA, CAP (CJA), Vice President. Duncan is a columnist and contributor for industry magazines and journals. He has been an instructor of the gemstone course at Ryerson University, the Gemmology courses of George Brown College and Canadian Gemmological Association as well as instructor Master Valuer Program with the Canadian Jewellers Association. A renowned expert, he speaks regularly at international gem and jewellery conferences and symposiums, as well as at less formal events. He has served as President of the Canadian Gemmological Association since 1995. Before joining Dupuis Auctioneers, Duncan was a director of research at Harold Weinstein Ltd., a leading and respected jewellery appraisal company.
View all posts by Duncan Parker →
This entry was posted in Auctions, design, Jewellery, Uncategorized, Victorian and tagged antique, Egypt, jewel, jewelry, Victorian. Bookmark the permalink.