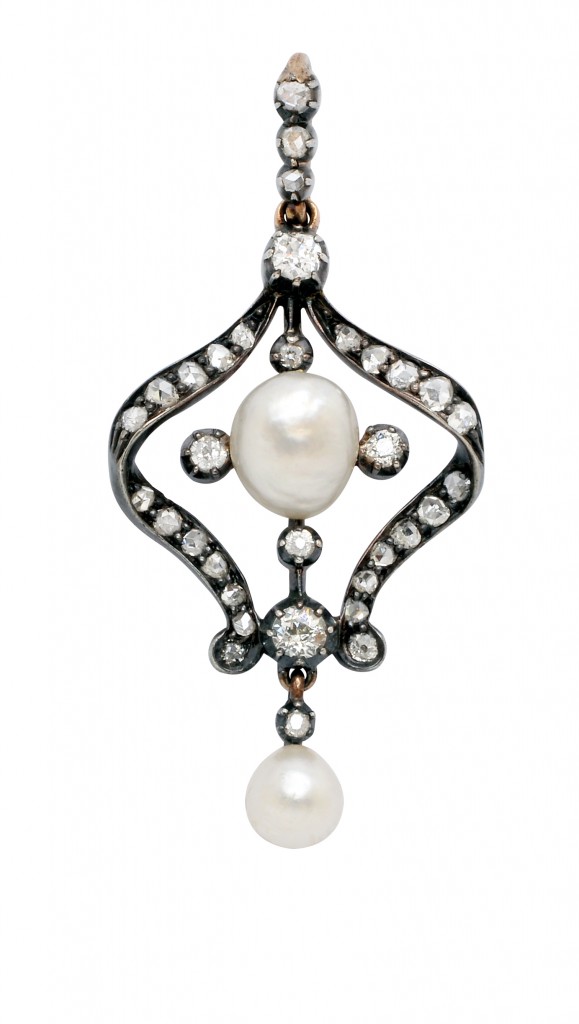 When we think of a pearl, we tend to think of a round white shiny object that comes from an oyster of some sort.

A pearl may well fit that description, but there are so many variations available, it is quite surprising.

Historically, a pearl is a roundish to randomly shaped gem that has formed accidentally in a shellfish, usually a bivalve. A bivalve is a shell fish (mollusc) that has a two part shell, like an oyster, a clam, or even a quahog.

Hold on… QUAHOG?, what’s that? A quahog (usually pronounced “cohog”) is a shellfish found along the Eastern Coast of North America and particularly around Cape Cod and New Jersey (along the Jersey shore). These clams are an important food source, and which very rarely will produce a lilac colour pearl. Lot 119 in the June 22, 2014 Dupuis sale features one of these rare and unusual pearls, measuring 10.3mm in diameter, and estimated $1,500-$2,500.00 with a diamond on a gold stick pin. The catalogue will be available shortly at www.dupuis.ca 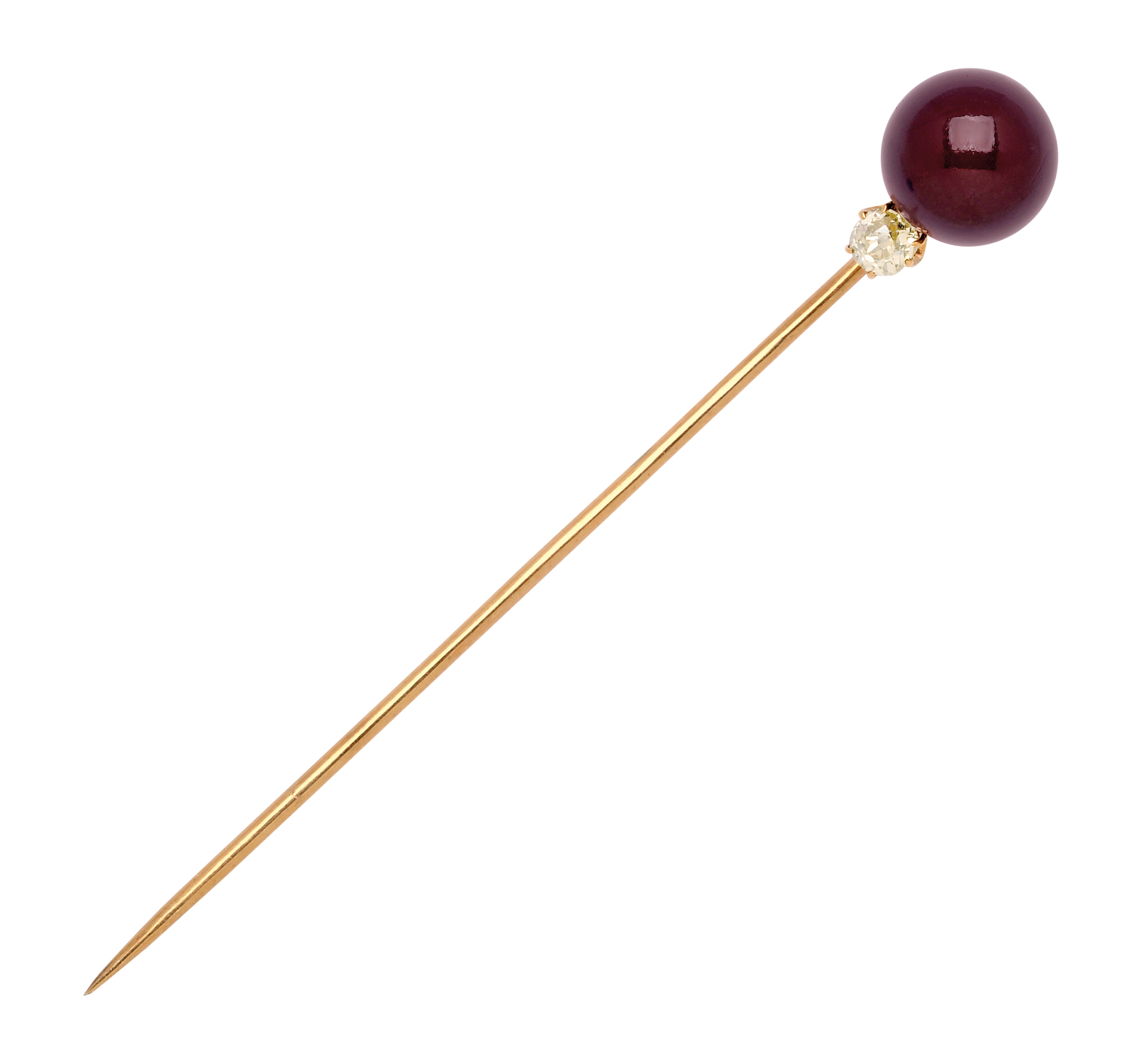 We do occasionally find a pearl in a univalve mollusc, too. A univalve is a mollusc that has a one-part shell, like a snail or perhaps a conch, from the Caribbean. Conch pearls are usually pink, and are also very rare and valuable. Lot 660 in the spring sale features a bright pink conch pearl, estimated at $1,000-$1,200 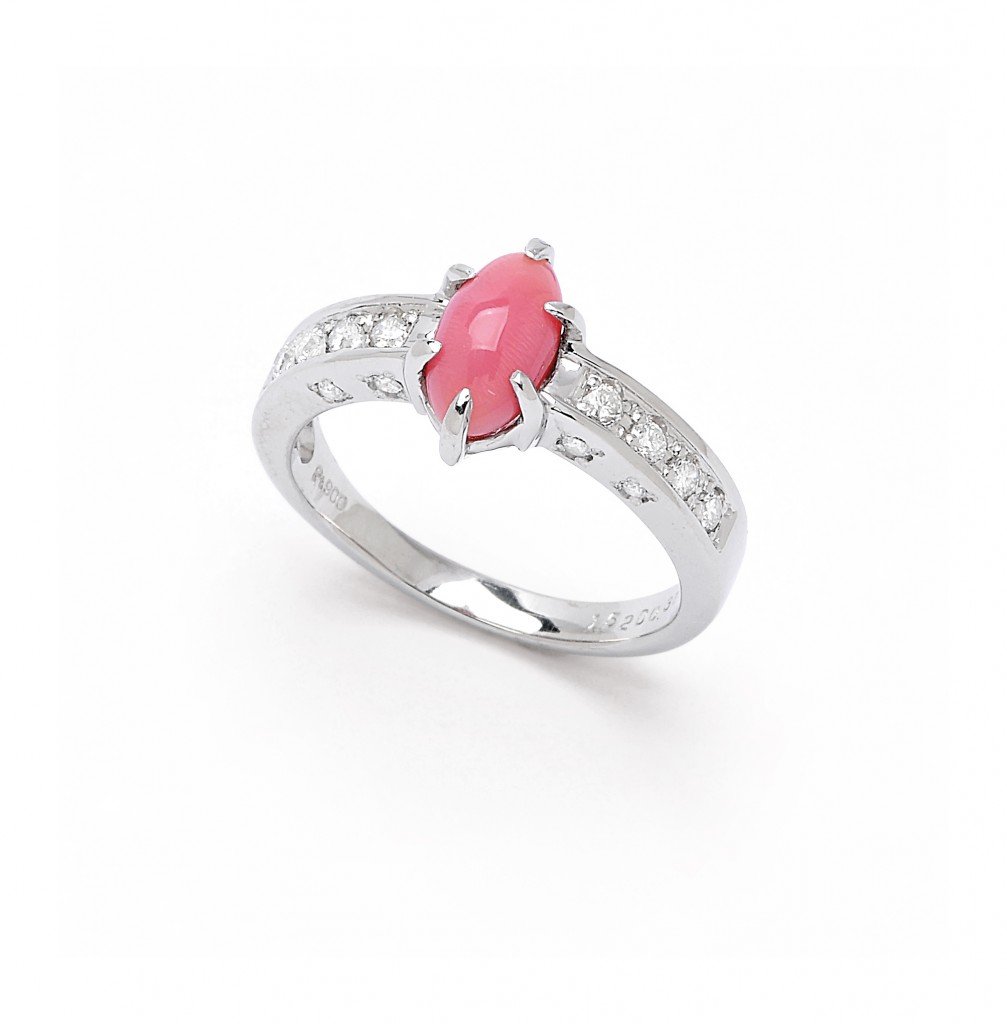 With the development of pearl culturing in Japan around 1915, the pearl industry changed forever. What we think of as a pearl today is a cultured pearl.

A cultured pearl is still produced by these natural gem-makers of the sea (or lake or river), but humans help out by placing something inside the molluscs to start the process of pearl growth.

Still, natural pearls remain rare and highly desirable. We really see a lot of interest in natural pearls because they are not replaceable. In the Spring 2014 (June 22) sale there are several notable natural pearl jewels. Among the natural pearls in the sale are one brooch, lot 365, with a notably large, 14.74mm natural pearl, and a necklace, lot 277, with three strands of pearls (including a single cultured pearl). 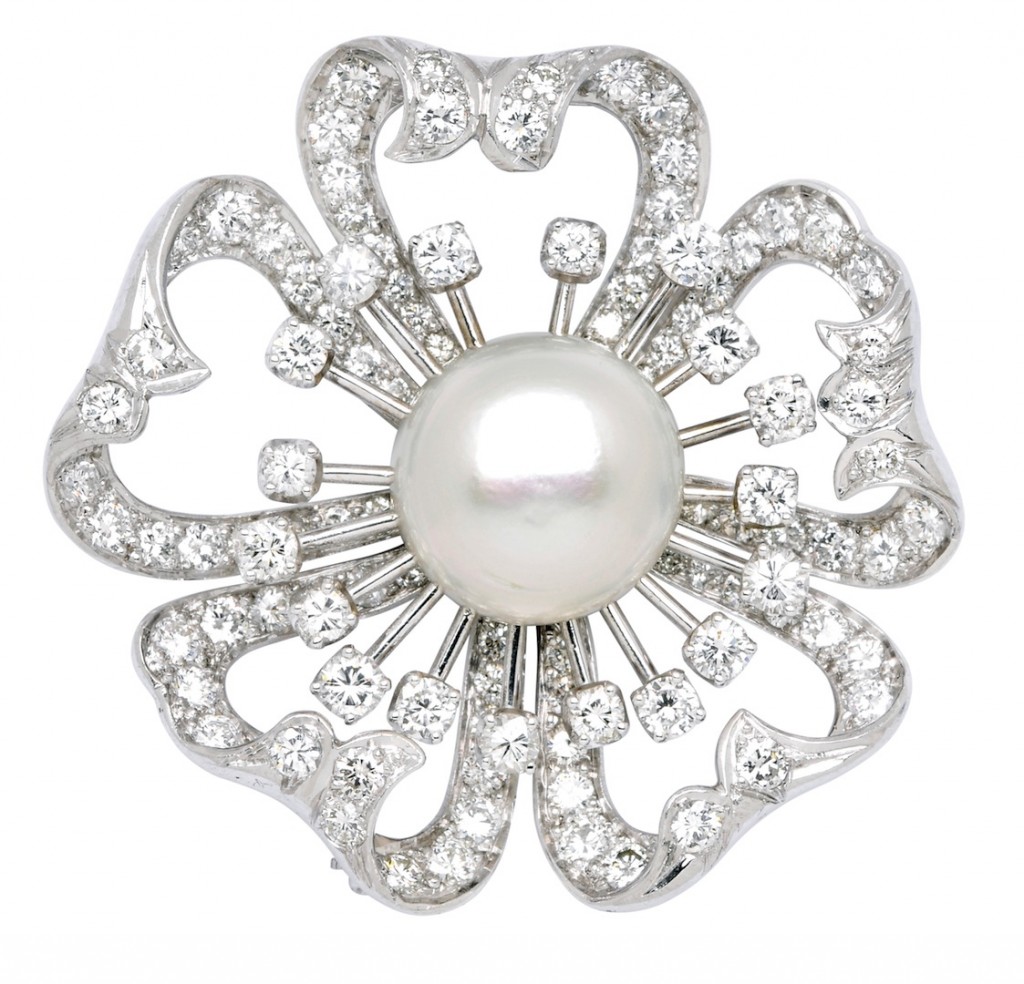 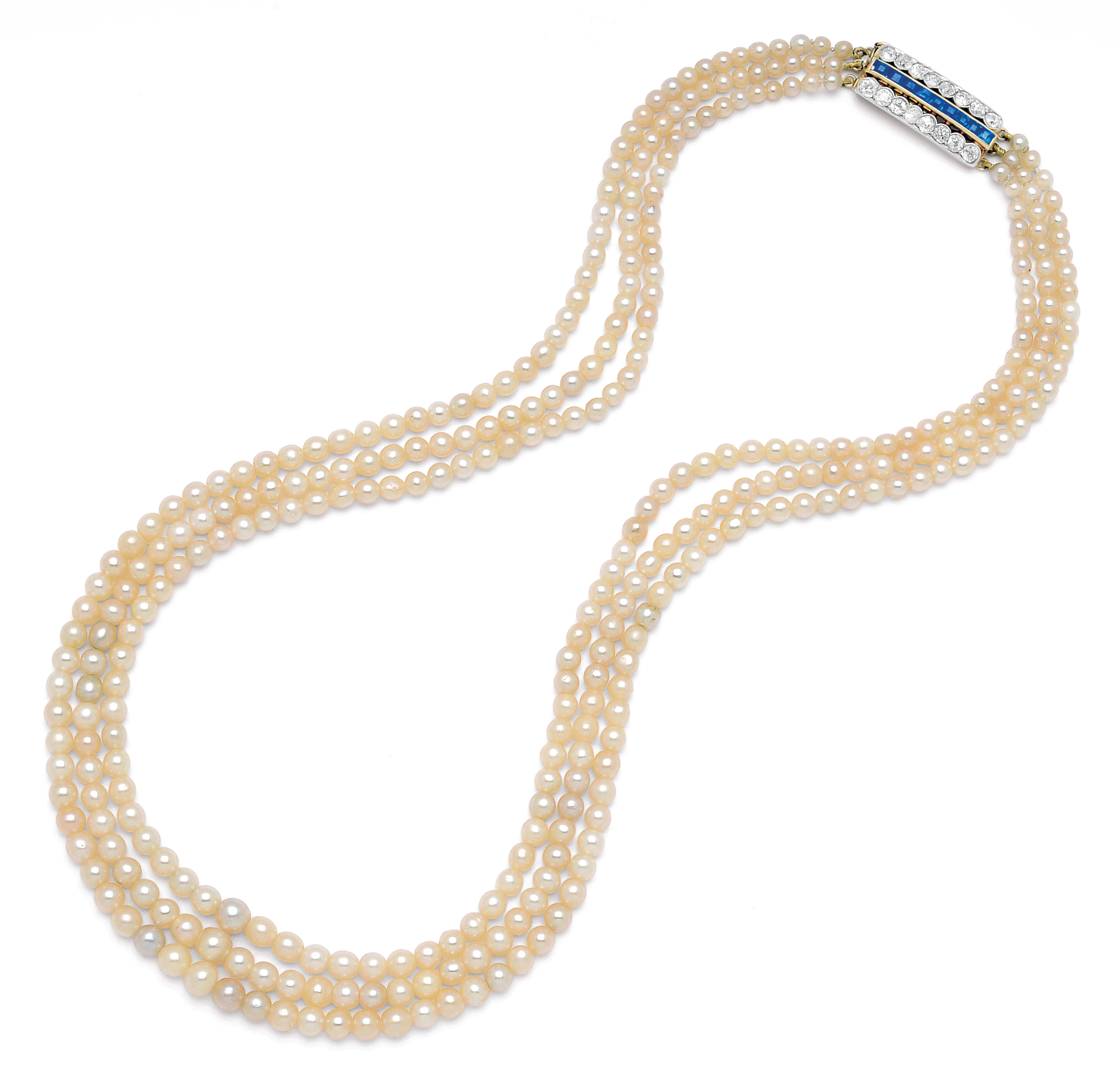 Pearls are probably the original gem, because they are ready to use straight out of the shell, and one can imagine an early cave dweller with a broken tooth having enjoyed a meal of oysters and carrying the reward of a beautiful lustrous pearl.

Duncan Parker, FGA, FCGmA, CAP (CJA), Vice President. Duncan is a columnist and contributor for industry magazines and journals. He has been an instructor of the gemstone course at Ryerson University, the Gemmology courses of George Brown College and Canadian Gemmological Association as well as instructor Master Valuer Program with the Canadian Jewellers Association. A renowned expert, he speaks regularly at international gem and jewellery conferences and symposiums, as well as at less formal events. He has served as President of the Canadian Gemmological Association since 1995. Before joining Dupuis Auctioneers, Duncan was a director of research at Harold Weinstein Ltd., a leading and respected jewellery appraisal company.
View all posts by Duncan Parker →
This entry was posted in Antique Jewellery, Gemmology, Jewellery. Bookmark the permalink.