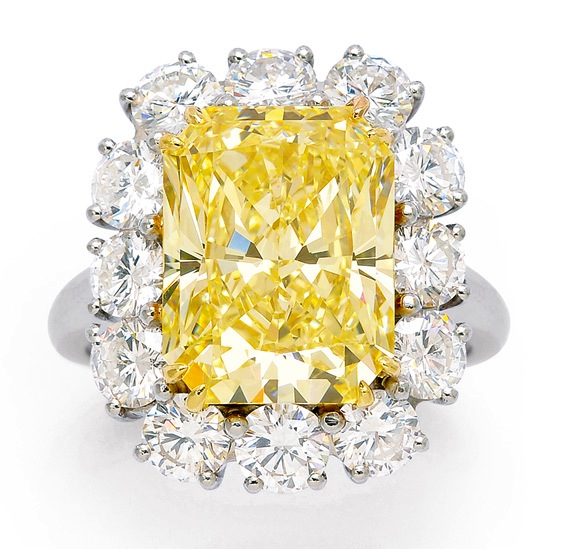 We usually think of diamonds as being colourless sparkly beauties that create joy among the recipients. And so they are. However, we also have diamonds that are colourful sparkly beauties, too. Colour is a property of almost all diamonds, but in many cases it is so slight that we have a hard time noticing it.

In some rare cases, there can be enough colour to make diamonds very interesting and attractive. The colours may be anywhere in the spectrum.

What is is that makes a diamond valuable? You know the famous “4 c’s”; carat weight, clarity, cut, and, of course, colour. Colour can have a huge influence on the value. The rarer the colour, the more value it will have, all other things being equal. 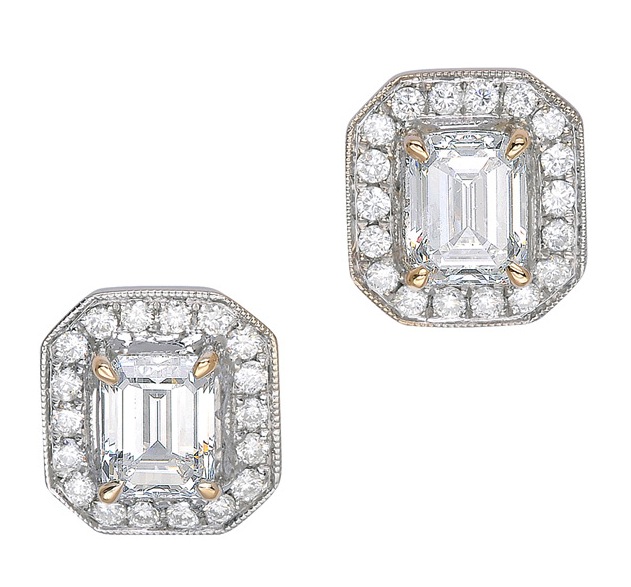 Lot 329: A Pair of Diamond Ear Studs. One centre diamond is “D” colour, the other is “E”. Offered in the Dupuis Fall 2014 Jewels Auction

What is rare colour? Most diamonds have a degree of yellow in them, but in many we don’t really notice it. Diamond colour is graded alphabetically. “D” in diamond is totally colourless, and as we make our way through, we find more tint with each further letter in the alphabet. Only when we reach “Z” do we edge towards a pretty and desirable colour in a diamond.

Diamonds that have yellow colour slightly lighter than “Z” may be called “light fancy”, more intense than “Z” are considered “fancy” yellow diamonds, stronger yellow than “fancy” are called “intense”, and the strongest, brightest yellow is called “vivid”. 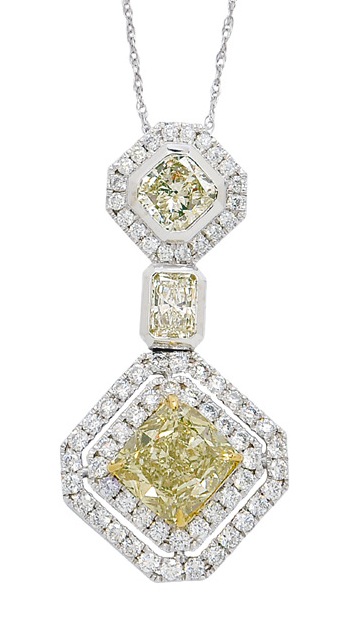 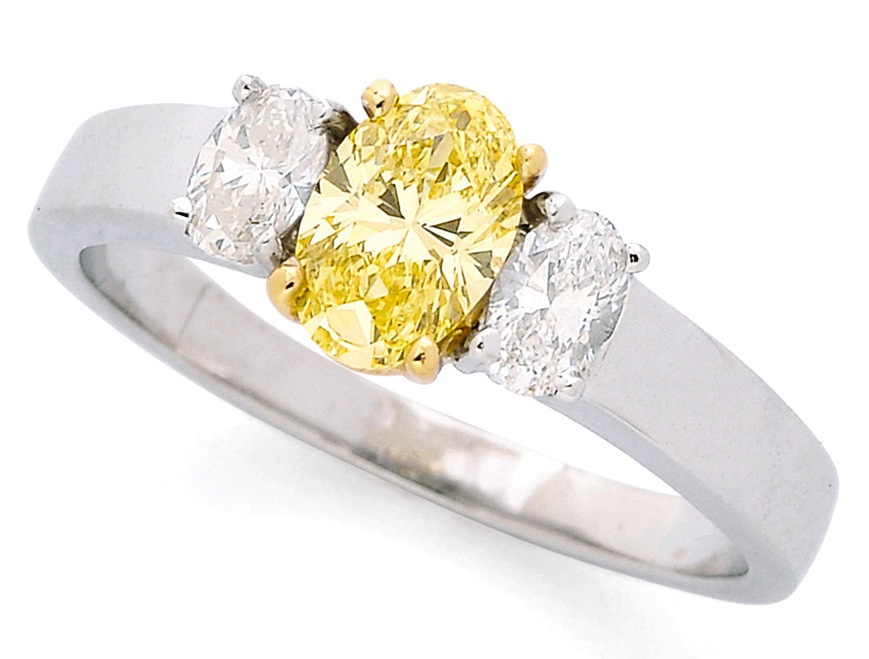 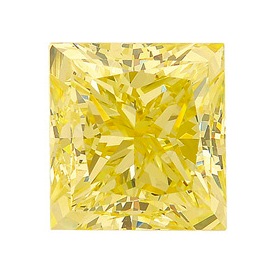 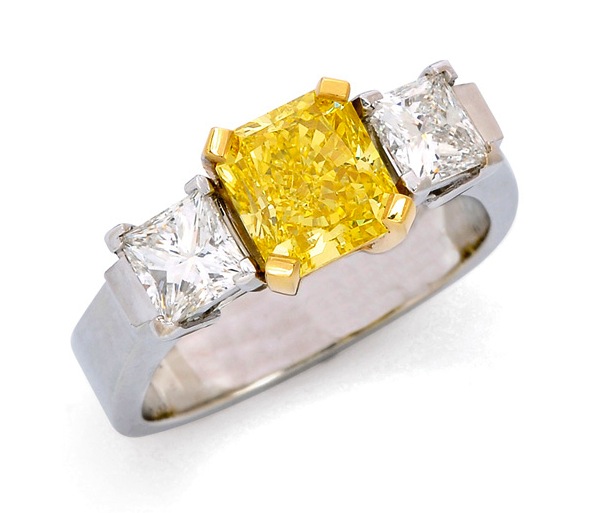 If we go beyond yellow, there is a spectrum of colour available in diamonds, from tiny variations in tint to a whole rainbow. 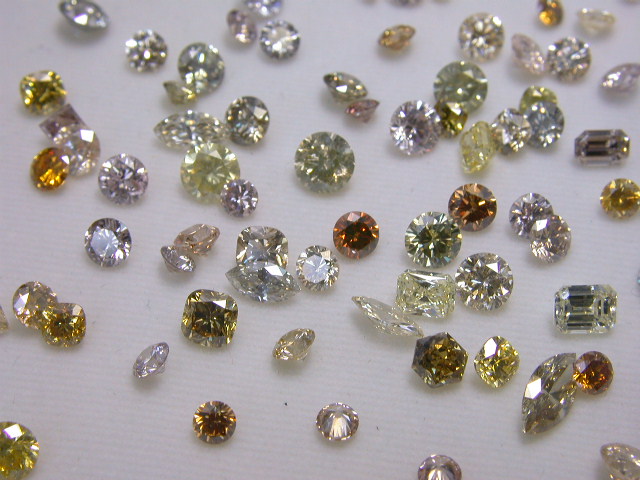 A range of natural colour diamonds, from faint pink, yellow, blue and brown, through fancy, intense, vivid and deep

Historically, diamonds that have noticeable and attractive colour have been known to be rare and highly desirable. The Dresden Green, a 41 carat bright green diamond in the collection in the Green Vault in Dresden is one of the most famous. Probably the most famous coloured diamond in the world is the Hope Diamond at the Smithsonian in Washington, it is a 45.52 carat fancy blue colour.

Brown colours, often referred to as “Champagne” diamonds are more available than other colours, due to production at the Argyle mine in Australia. There is good demand for these diamonds, particularly among designers of modern jewellery. 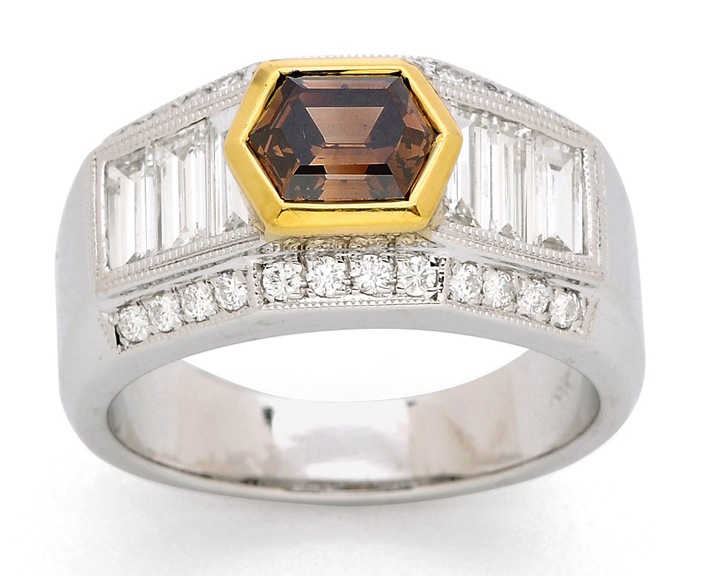 There are some unusual diamonds that do tricks. They change colour when left in the dark for a few days, and then are exposed to light, or are examined at room temperature and then are gently heated to about 150 degrees C. These unusual and rare diamonds change from a somewhat olive green in light, or at room temperature,  to a yellowish brown when kept in the dark, or heated. 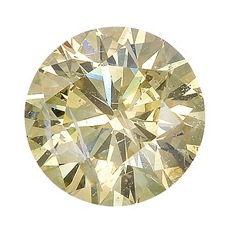 Pink is among the most desirable of colours, and the Argyle mine in Australia is the source of most pink diamonds. Pinks have been in very high demand, and prices have escalated amid speculation about the imminent closure of the Argyle mine. The Victor Mine, in Ontario, Canada has also produced the occasional, very rare pink. Brazil has produced some large pink diamonds. 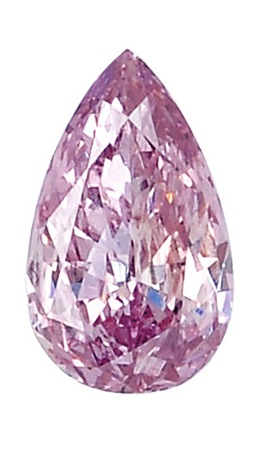 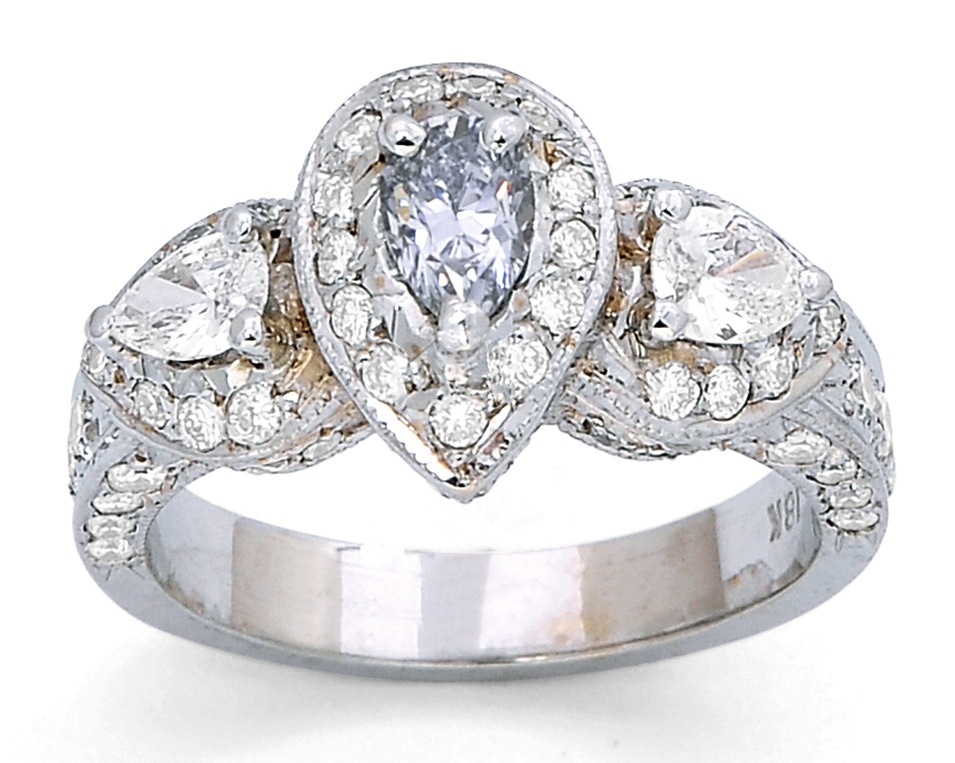 The rarest of all colours is red. Red diamonds are so rare that most of us will never see one. There are only be a few produced each year. Some red diamonds may sell for over as a million dollars a carat. The Argyle Mine in Australia is the best known source for red. 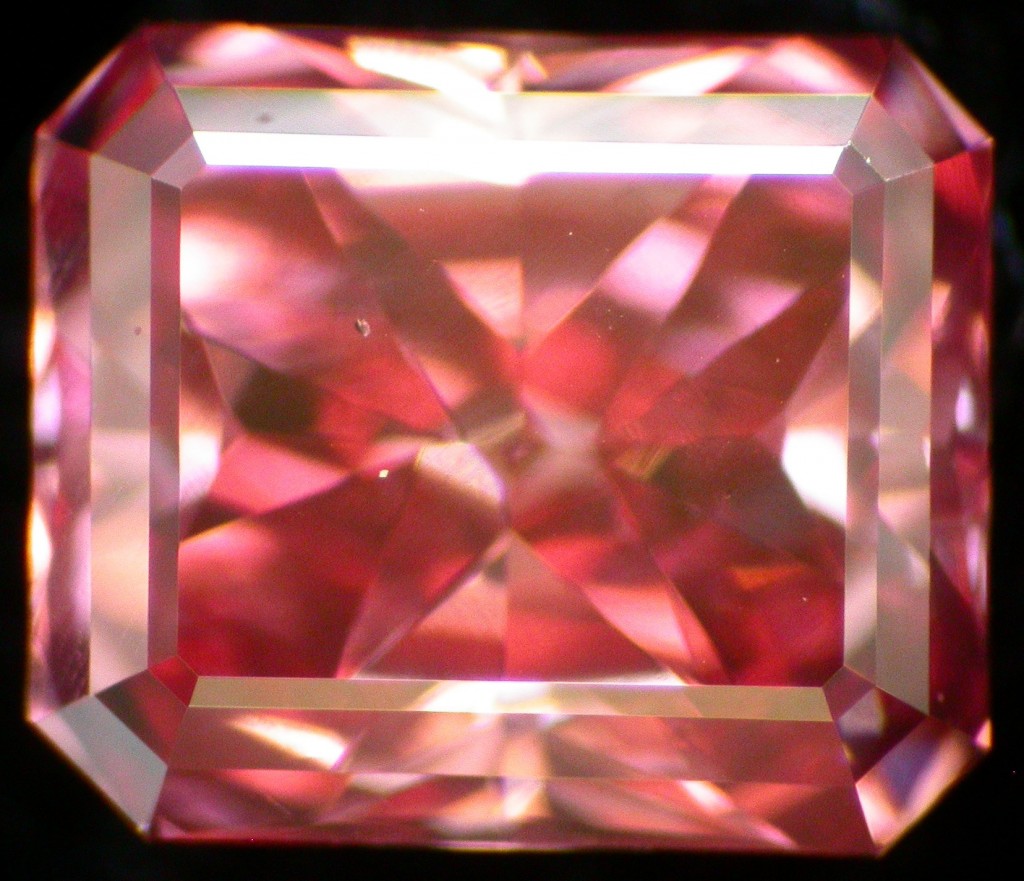 Red diamond, 0.22 carat, mined at the Argyle mine in Australia

www.dupuis.ca will take you to past and current catalogues.

Duncan Parker, FGA, FCGmA, CAP (CJA), Vice President. Duncan is a columnist and contributor for industry magazines and journals. He has been an instructor of the gemstone course at Ryerson University, the Gemmology courses of George Brown College and Canadian Gemmological Association as well as instructor Master Valuer Program with the Canadian Jewellers Association. A renowned expert, he speaks regularly at international gem and jewellery conferences and symposiums, as well as at less formal events. He has served as President of the Canadian Gemmological Association since 1995. Before joining Dupuis Auctioneers, Duncan was a director of research at Harold Weinstein Ltd., a leading and respected jewellery appraisal company.
View all posts by Duncan Parker →
This entry was posted in Auctions, Jewellery, Uncategorized. Bookmark the permalink.