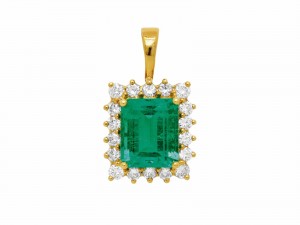 Colombian emeralds tell their stories well. The inclusions are so distinctive that they really can’t be from anywhere else. These hexagonal crystals have recently come from the Chivor mine in Colombia. They have “three phase” inclusions, with a solid, a liquid and a gas. The solid is a crystal and the gas is a bubble, and the bubble and crystal are in a liquid in a completely sealed off space in the crystal. I don’t know how long it has been there, but I do know where it came from. Emeralds from elsewhere don’t have these, and they are even identifiable under high magnification in finished gems such as lot 209 from the fall 2013 Dupuis auction. Visit www.dupuis.ca for upcoming news on the spring 2014 auction. 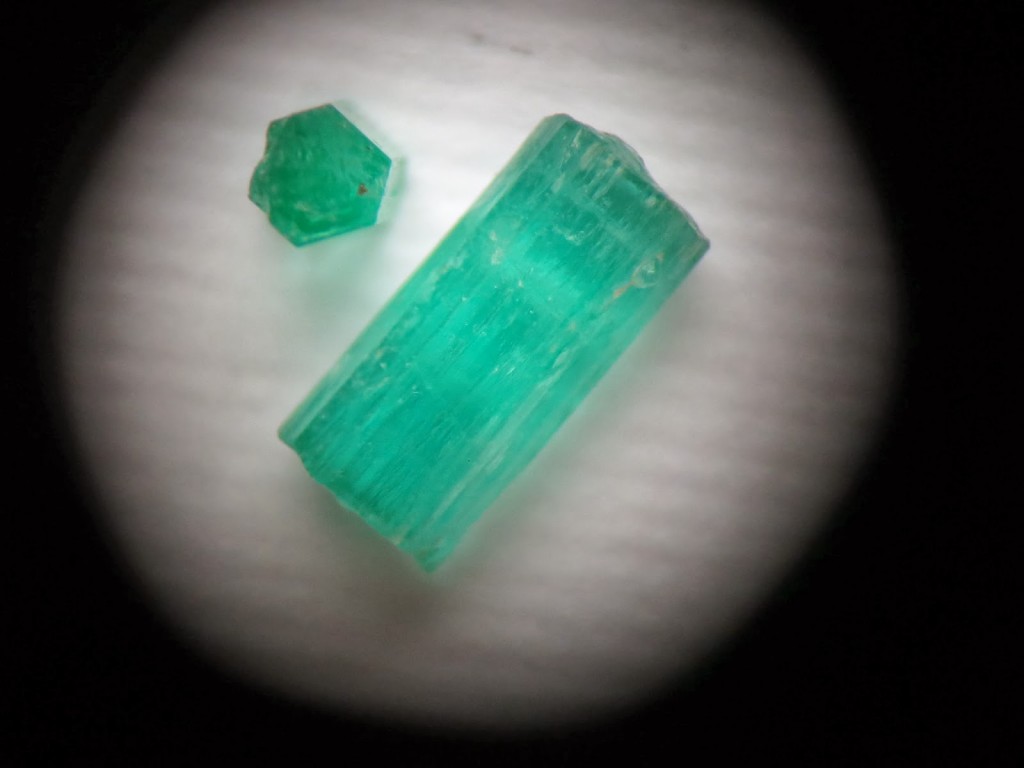 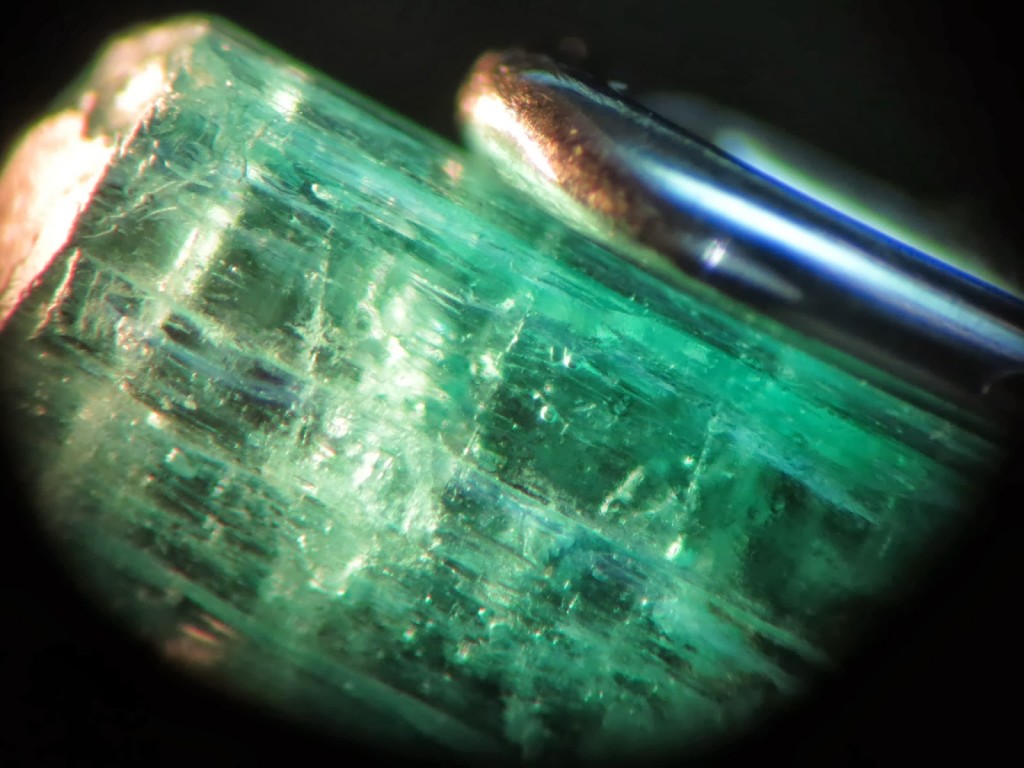 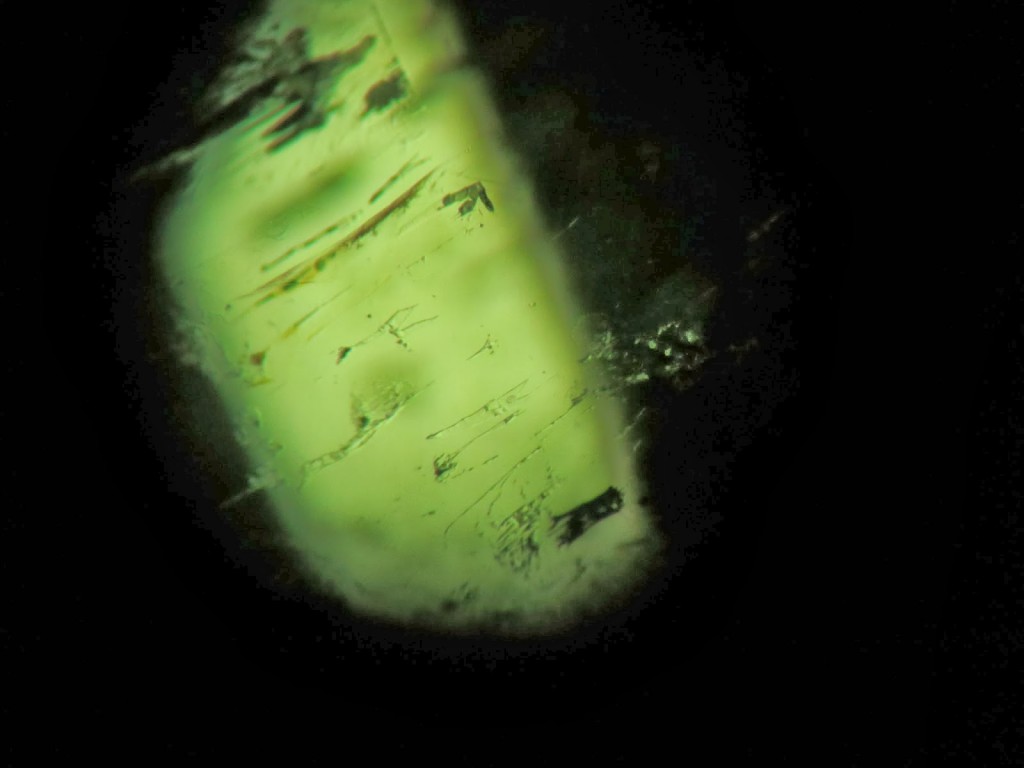 Duncan Parker, FGA, FCGmA, CAP (CJA), Vice President. Duncan is a columnist and contributor for industry magazines and journals. He has been an instructor of the gemstone course at Ryerson University, the Gemmology courses of George Brown College and Canadian Gemmological Association as well as instructor Master Valuer Program with the Canadian Jewellers Association. A renowned expert, he speaks regularly at international gem and jewellery conferences and symposiums, as well as at less formal events. He has served as President of the Canadian Gemmological Association since 1995. Before joining Dupuis Auctioneers, Duncan was a director of research at Harold Weinstein Ltd., a leading and respected jewellery appraisal company.
View all posts by Duncan Parker →
This entry was posted in Gemmology and tagged columbian, emeralds, inclusions. Bookmark the permalink.