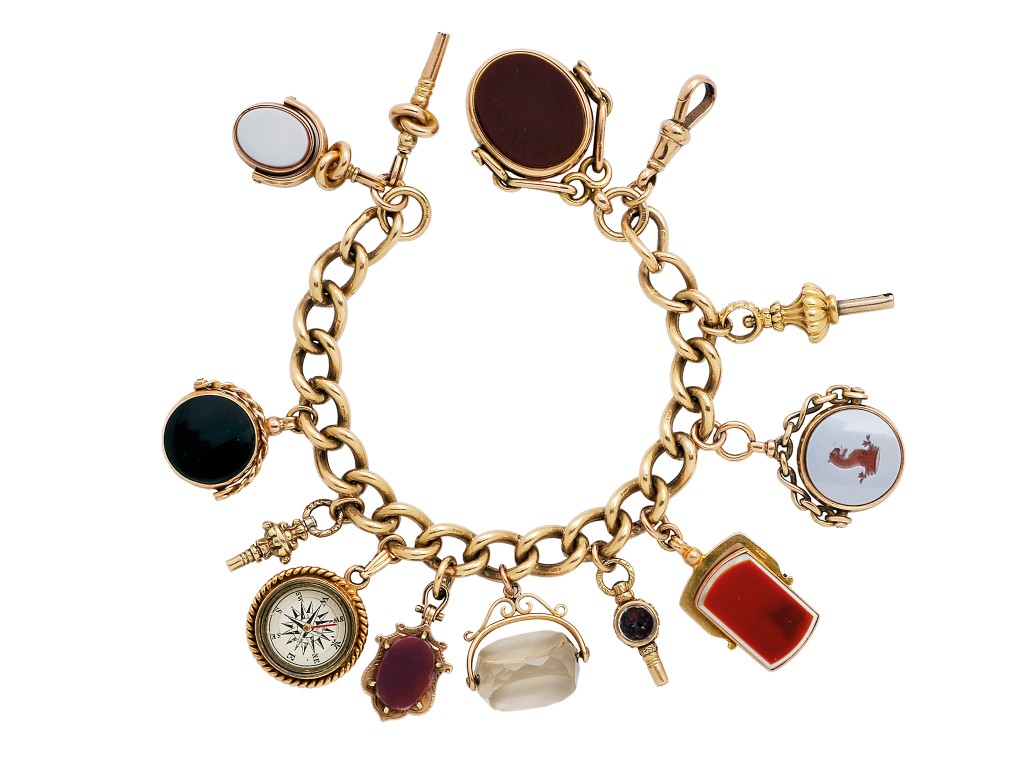 An appraisal can be prepared to serve different needs. The same item may be appraised to allow an insurer to add it to a household replacement policy, to allow a court determine an amount for settling a bankruptcy, divorce, or estate (potentially all different amounts), to determine a liquidation amount for scrap, or for fair market value, such as might be realized at auction. There are other types and levels of value too.

This bracelet was lot 600 in the Fall 2013 Dupuis auction. It sold for $2,000.00. The fair market value has now been established. Fair market value is the amount that a willing buyer would pay a willing seller in an open market, both parties being aware of all the facts, and with no time pressure.

Auction experts provide estimates of fair market value to consignors, and these are based on experience of similar items that have been sold recently at auction. The pre-auction estimate for this bracelet was $1,300-$1,600, the upper end not being too far from the hammer price (what it sold for at auction). The difference may be accounted for by the bidders in the room, on the telephone, or on-line at the time, plus changes in the market since consignment. Appraisal is also not an exact science.

If the bracelet had been appraised for liquidation, it would really be for the gold content as scrap, and would likely have been in the range of around $900.00.

If the appraisal had been for replacement with a recently made, brand new equivalent, it would possibly be as much as $6,000.00-$7,000.00, because it would require a very large amount of custom work to produce matches for antique chain and charms. An insurer will often not have a lost antique item reproduced with a new item, and may opt to buy a modern equivalent, because a new item is not antique anyway.

The details in an appraisal should not differ substantially from one to the next, but the dollar value at the bottom of the page can be very different, each is valid and important in its own way, and for its own intended use.

Duncan Parker, FGA, FCGmA, CAP (CJA), Vice President. Duncan is a columnist and contributor for industry magazines and journals. He has been an instructor of the gemstone course at Ryerson University, the Gemmology courses of George Brown College and Canadian Gemmological Association as well as instructor Master Valuer Program with the Canadian Jewellers Association. A renowned expert, he speaks regularly at international gem and jewellery conferences and symposiums, as well as at less formal events. He has served as President of the Canadian Gemmological Association since 1995. Before joining Dupuis Auctioneers, Duncan was a director of research at Harold Weinstein Ltd., a leading and respected jewellery appraisal company.
View all posts by Duncan Parker →
This entry was posted in Appraisals, Auctions and tagged appraisal, auction, jewellery. Bookmark the permalink.