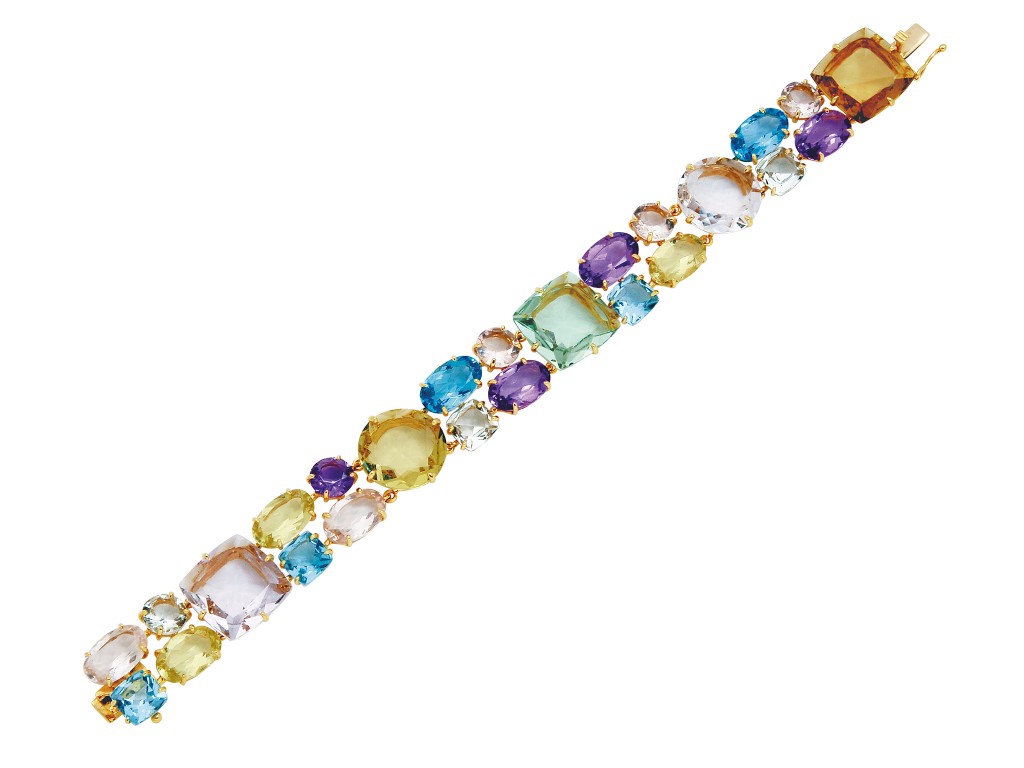 A collection of many different gems in a bracelet

There is a beautiful and interesting gem for almost every letter of the alphabet. We all had an A B C book when we were little, why not carry this forward into our adult life (or our continued childhood) with an ABC of Gems? (All of the items featured in the photographs in this ABC of Gems have been offered in Dupuis Fine Jewellery Auctions, with the exception of those at U, V, W, X, and Y).

Amethyst, the February birthstone, has a very long history, and is a lovely violet gem, here is an example of some violets carved from amethyst: 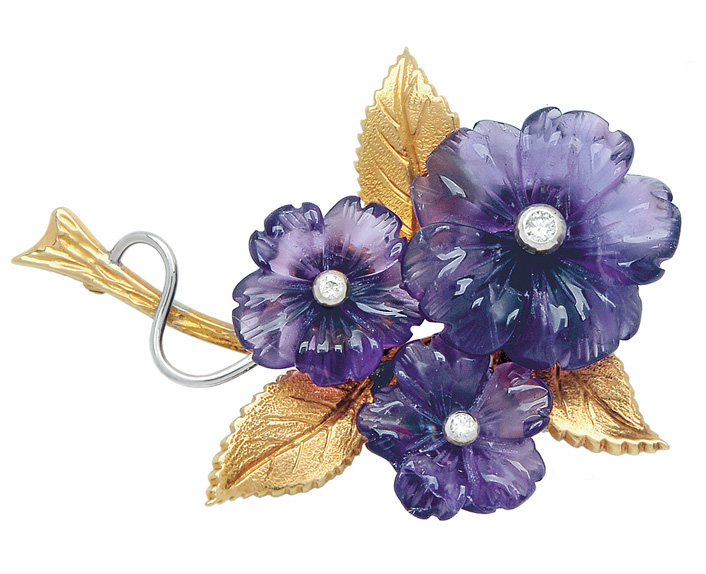 Beryl is a gem found in many colours including blue (aquamarine), and green (emerald). These golden beryls are specially cut and matched for this brooch:

Coral is found in the Mediterranean Sea, and forms in branch-like shapes with red, orange and pink colours: 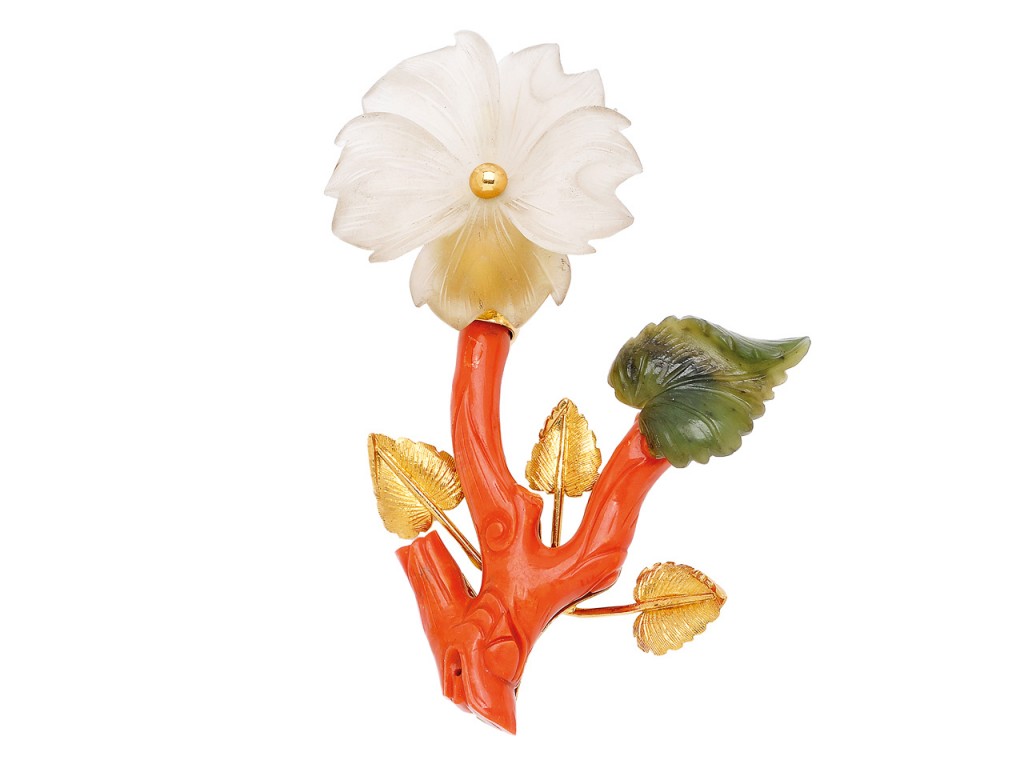 Coral stems on a flower brooch

Diamond, the world’s best known gem, is the hardest substance in nature. It forms deep in the earth, and is carried to the surface by volcanic activity. We need to move tons of rock to extract a single carat of this exceptional gem. Diamond is the birthstone for April. 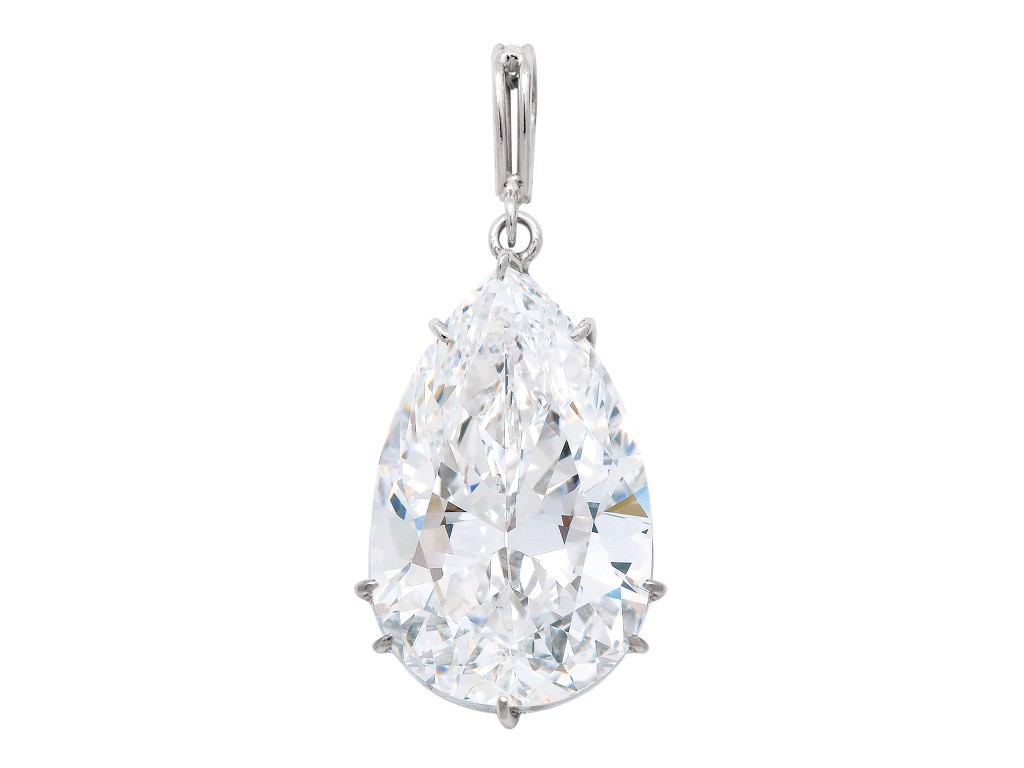 Emerald is a green gem, with a very long history from “Cleopatra’s emerald mine” in the ancient world, to the famous source of emeralds in Colombia. The fresh spring-like green of an emerald makes it a calming and refreshing gem. Emerald is the birthstone for May. 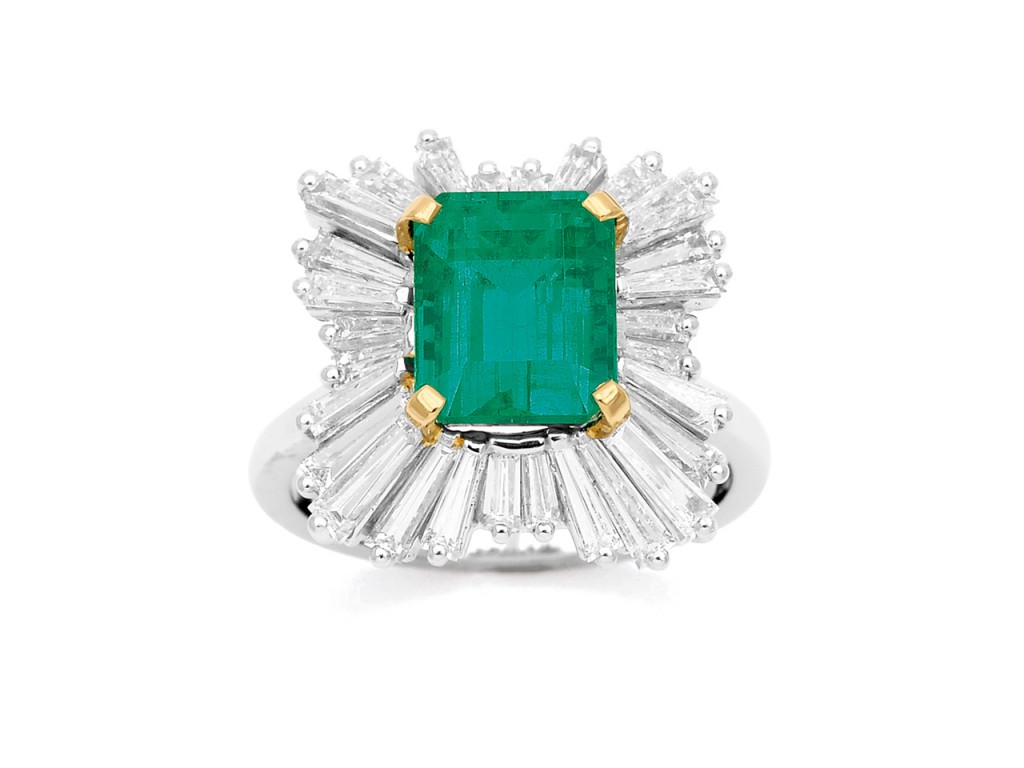 Emerald and diamonds in a ballerina ring

Fibrolite, is a less common gem, and is often found exhibiting a clear and sharp “cat’s eye”. The colour is often grey. 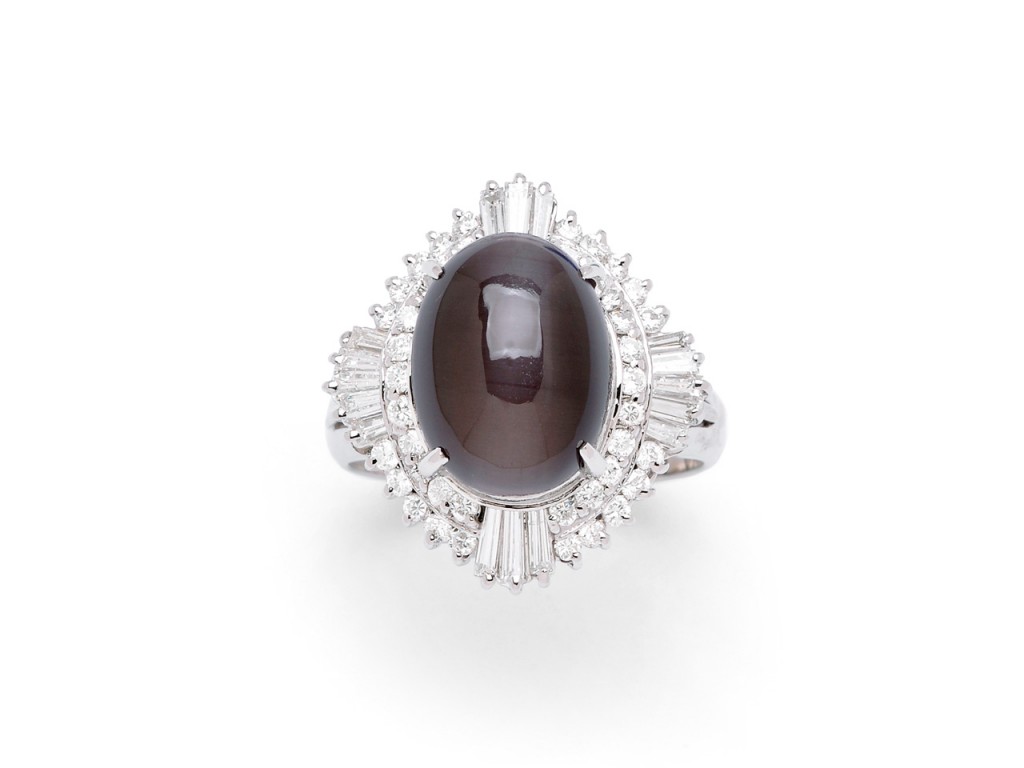 Garnet is a gem found in every colour of the rainbow. Best known as a brownish red gem, garnet is also found in rare yellowish green Demantoid, and brilliant green Tsavorite. Garnet is there birthstone for January. 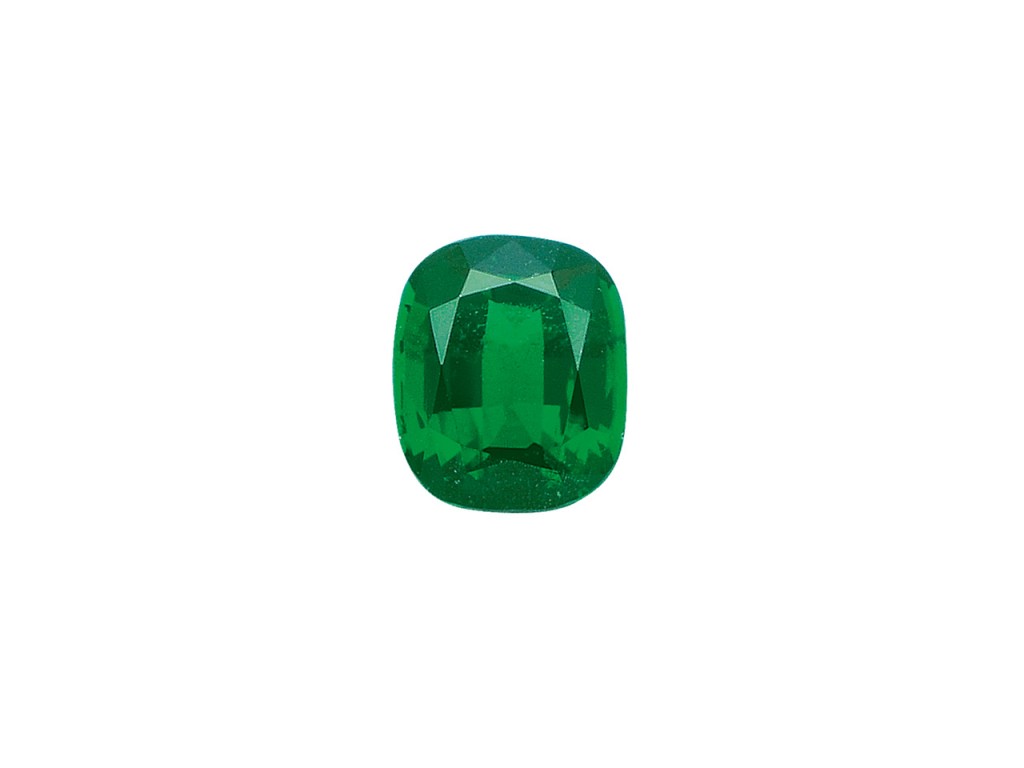 Hematite is a bright, shiny grey metallic gem, often used as beads, or in men’s jewellery. 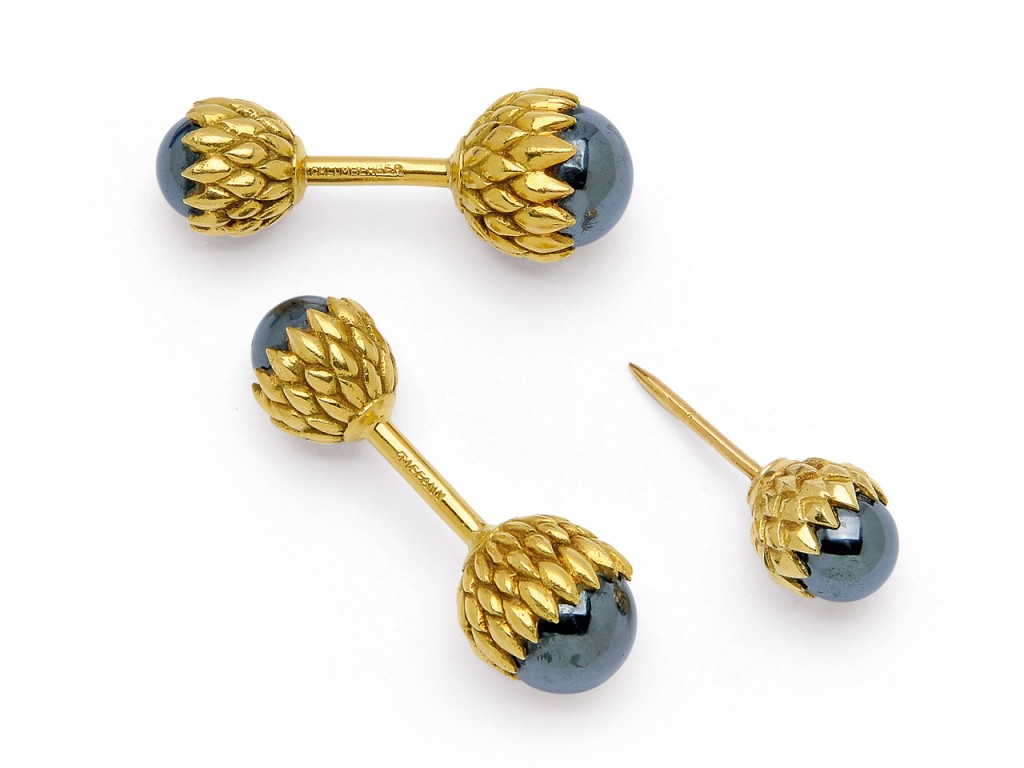 Hematite in cufflinks and tie tac by Schlumberger for Tiffany

Ivory is a gem principally from the tusks of elephants. There are some beautiful gems and carvings made from ivory. It is from an endangered species, trade is restricted, and is no longer offered at auction by Dupuis.

Jadeite jade is a gem principally found in Myanmar (formerly Burma), and is most prized in a rich uniform green colour and with a high degree of translucency. 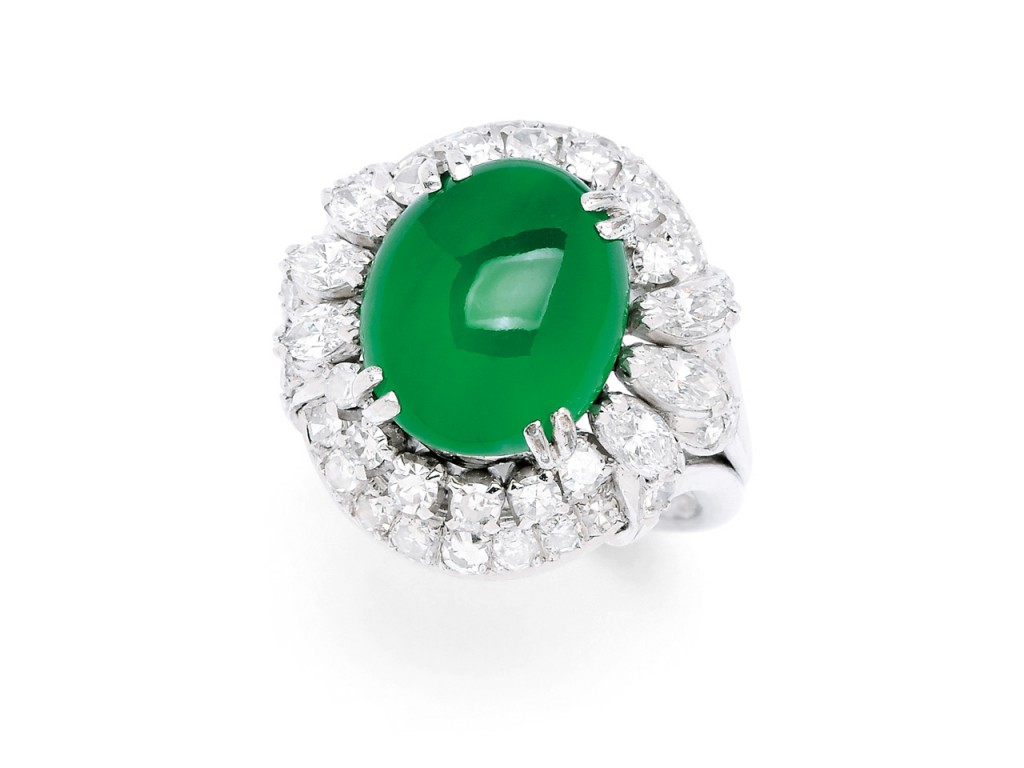 Kunzite is a pink to purple gem found in the United States and Afghanistan, and it is named after a gemologist and friend of Louis Comfort Tiffany, George Kunz.

Lapis lazuli is a rich blue ornamental gem. The most famous source is Afghanistan, and the gems from there can be a vivid blue unlike any other gem. 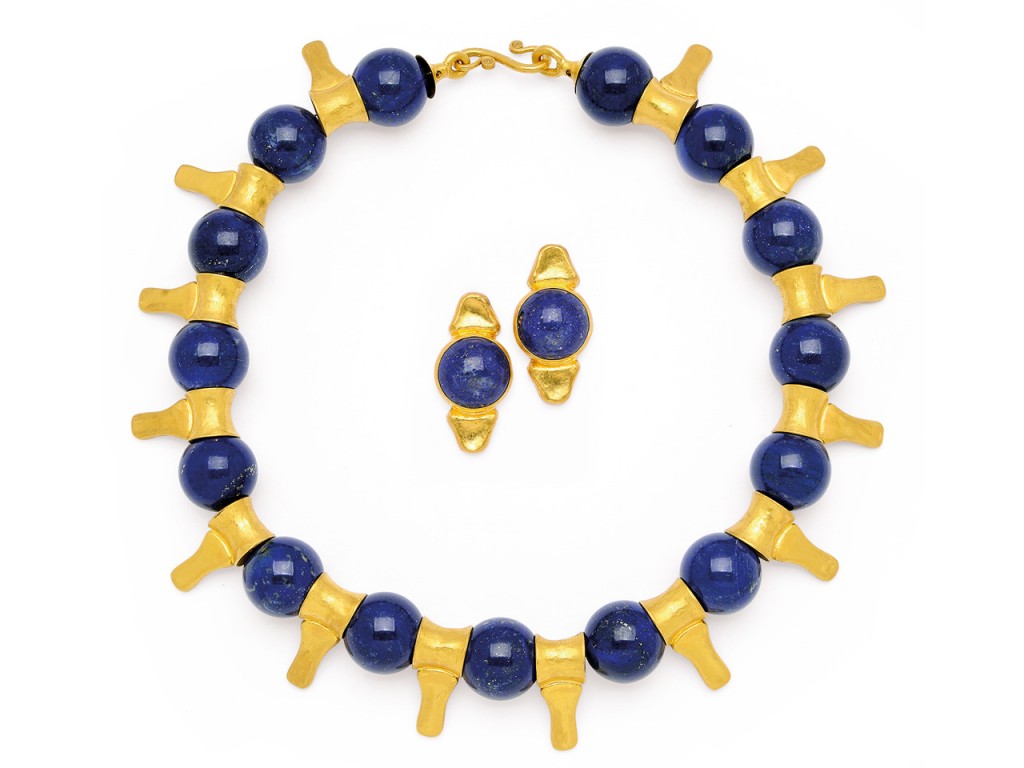 Moonstone is a mysterious gem that has a silvery “moon” that floats around as the gem moves. 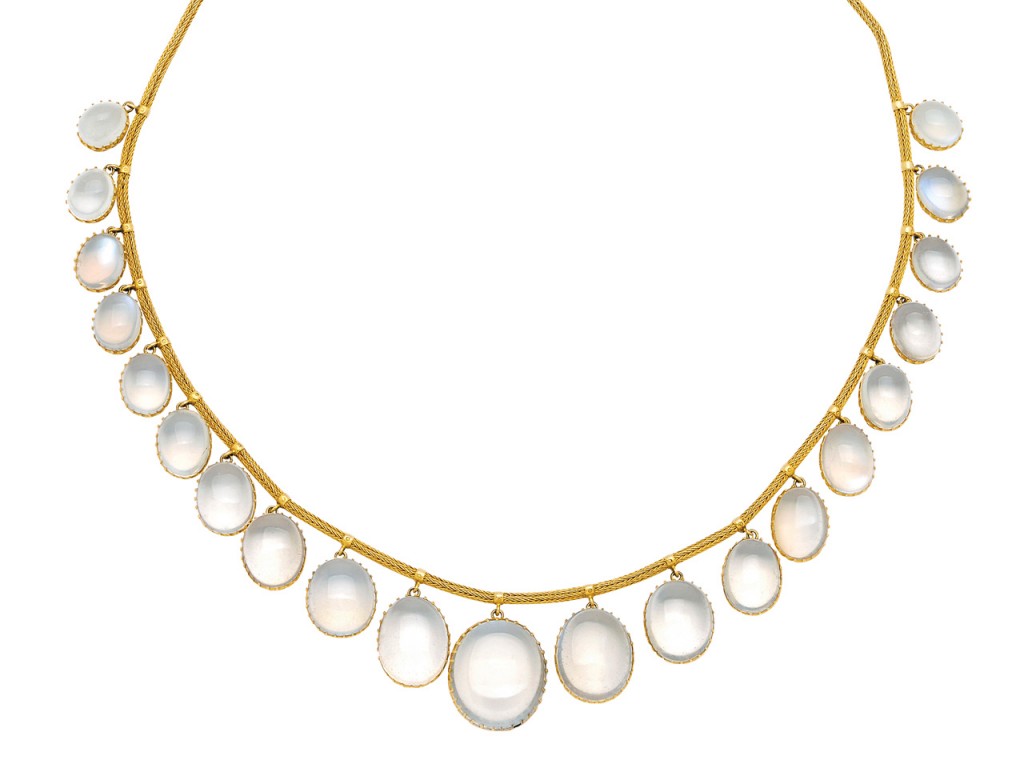 Nephrite jade is one of two gems named jade. Most notably in an olive green colour. It is found in countries around the world, including in Canada’s British Columbia.

Nephrite jade leaves and coral beads in a brooch

Pearl was likely used as an ornamental gem before almost anything else. Pearls were the first “free prizes” in the history of food. Biting into an oyster and finding a pearl was a pretty nice bonus for our ancient ancestors. Natural pearls are very rare today, but are still sometimes found. Pearl is the birthstone for June. 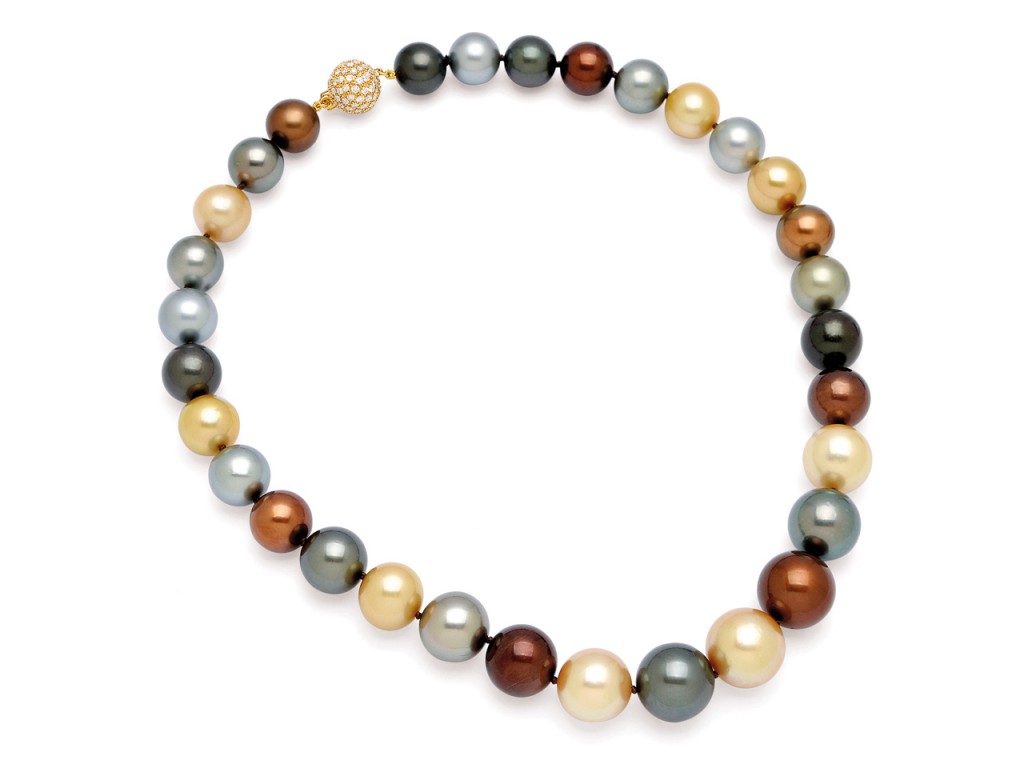 Cultured pearl necklace in a rainbow of colours

Quartz, truly an ABC of gems in itself, is a gem that has colours and textures to suit all styles and tastes. Quartz has been found in ancient jewels, and it is found in every continent. Amethyst is the most precious variety, Citrine follows closely behind, carnelian is a translucent orange variety that has been used for thousands of years. 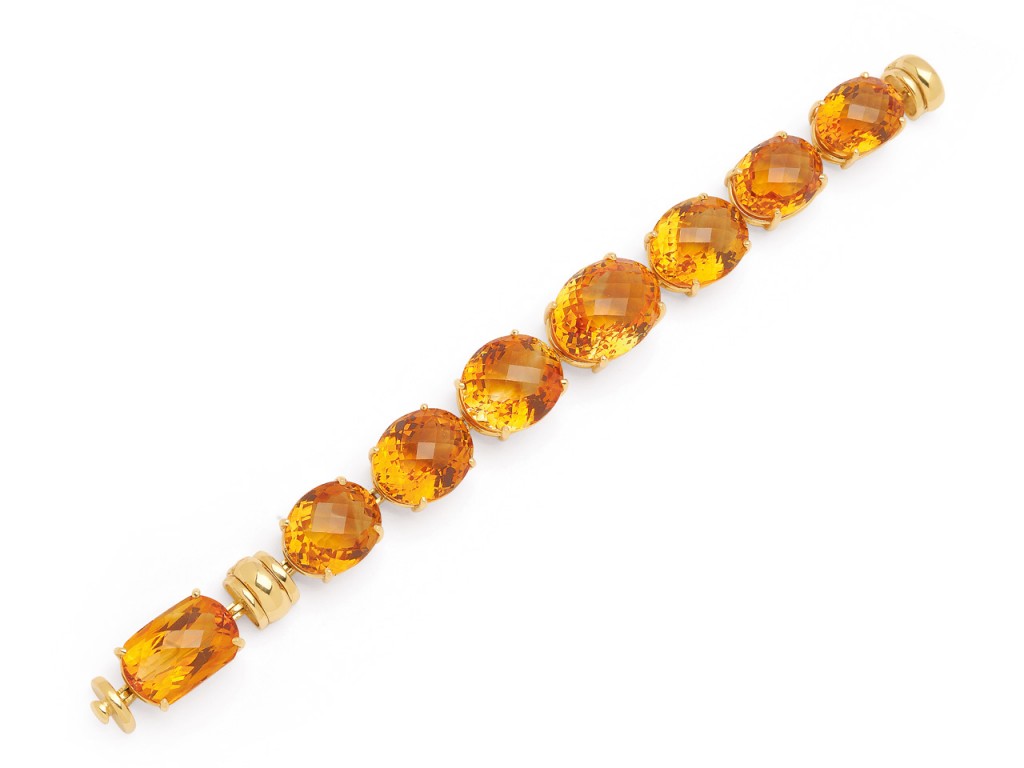 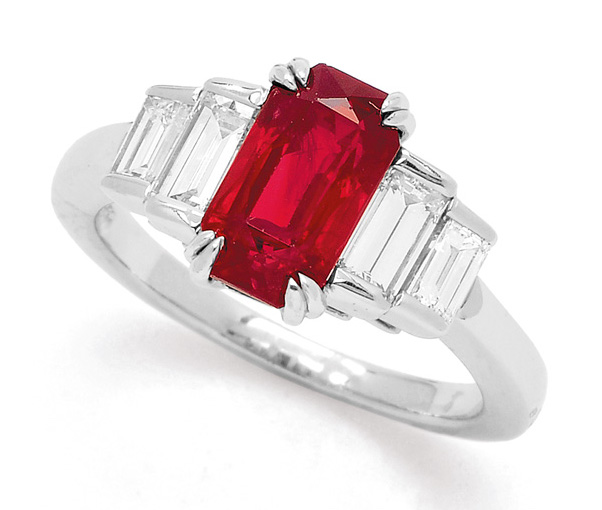 Sapphire is another ABC of gems because it can be any colour except red (red colour of this mineral is called ruby). The most sought after sapphire is a rich velvety blue colour that is now depleted, but was found in Kashmir until the mid-20th Century. Currently sapphires are found in Myanmar (formerly Burma), Sri Lanka, Madagascar, Thailand, Cambodia, Australia, and even in Canada’s Baffin Island. Other highly desired colours are pink, and yellow.  Sapphire is the birthstone for September. 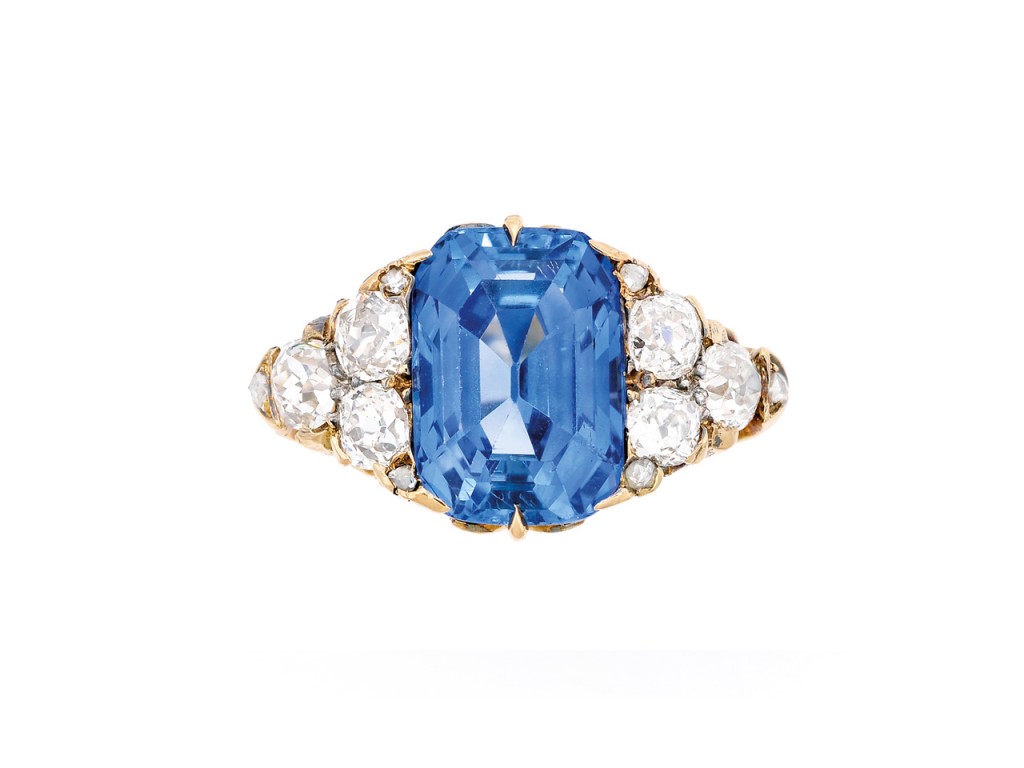 Topaz is best known in two main colours, yellowish orange (sometimes called “imperial topaz”), and blue. but it is found in pink, colourless, and others too. Found in many countries including Brazil and Russia, it is the birthstone for November. 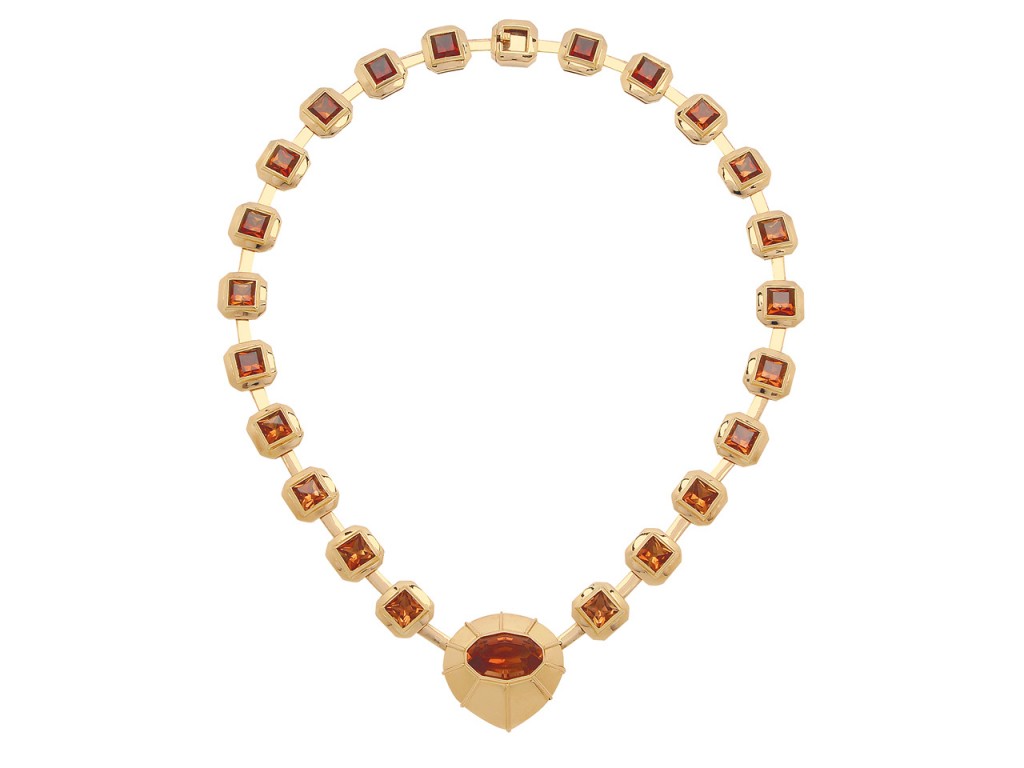 Uvarovite is a variety of garnet that usually forms in tiny crystals, sometimes used as “drusy” (clusters of tiny crystals covering a surface) in finished jewellery. Very rarely it is large enough crystals to facet (but still very small)

Vulcanite was produced in the 19th Century as an inexpensive alternative to the organic gem, jet. Vulcanite is an opaque black vulcanized rubber compound that is hard, and was usually moulded into what appeared as carved forms.

Welo Opal is named after its source in Ethiopia. It is opal from a new source, and is noted for bright colours. 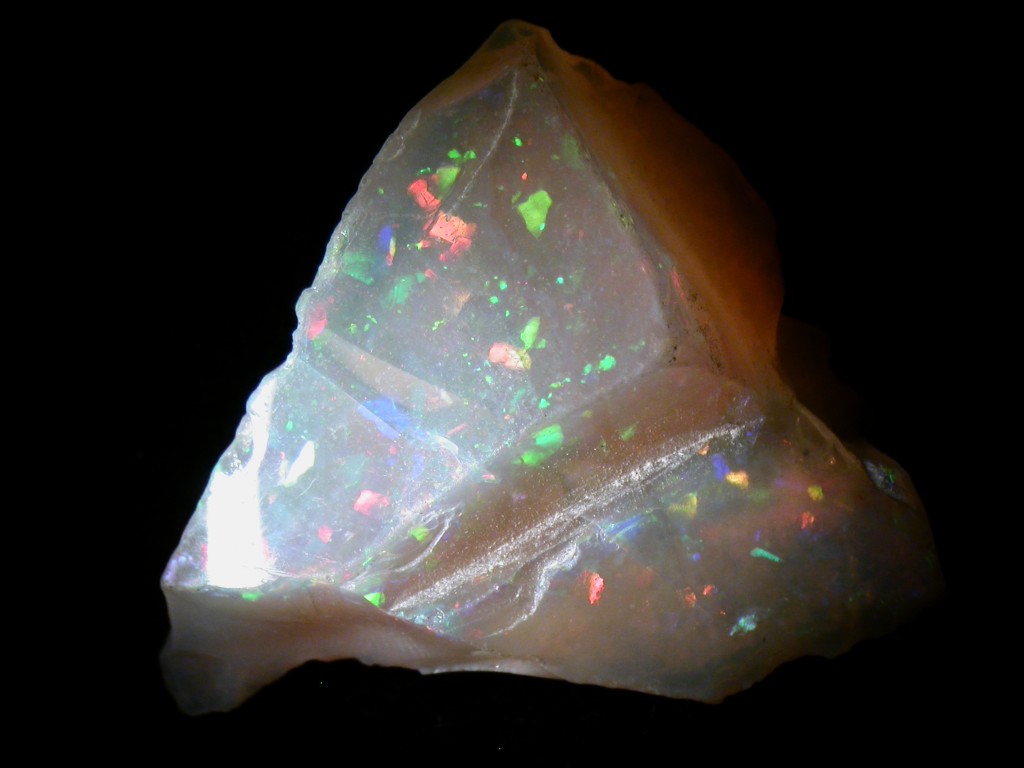 X-Ray (some letters in an ABC of Gems are more difficult) Used in the identification of pearls, X-Ray testing can assist in separating natural pearls from cultured pearls. X-rays are also used in separating diamonds from ore at diamond mines. 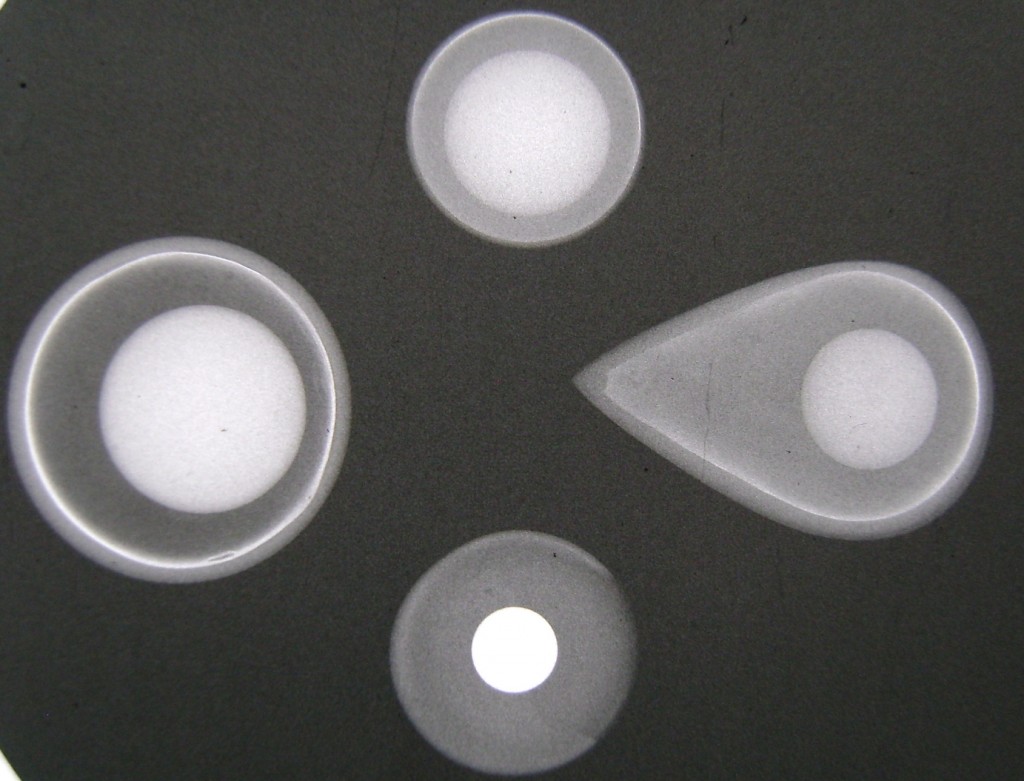 Yttrium Aluminium Garnet (YAG) is a laboratory grown material originally used as a diamond simulant, it is now produced in many different colours. It is hard and durable, and serves as an inexpensive imitation of other gems. 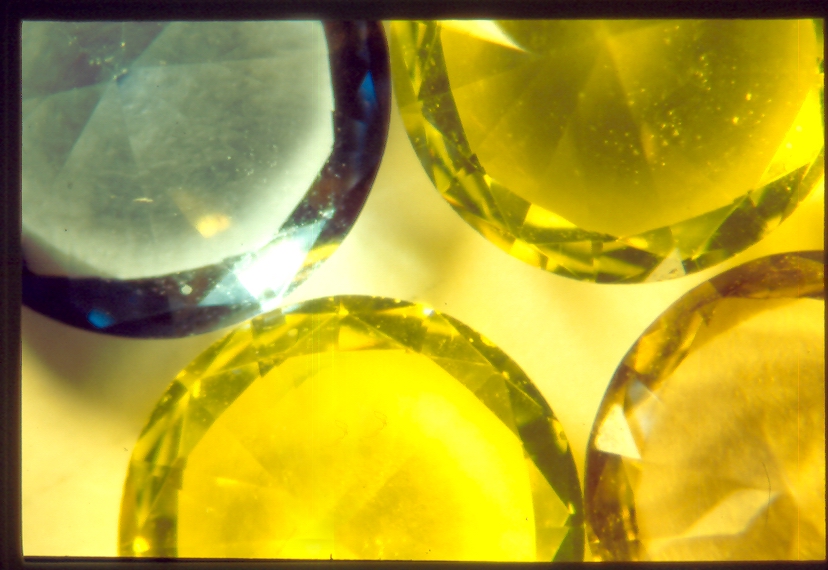 Zircon (we can finish an ABC of Gems with a genuine gem): Zircon is a natural gem that is found in yellow, brown, green, blue and colourless. Zircons can be very pretty and dispersive, showing sparkles of colour you might expect in a diamond.

Duncan Parker, FGA, FCGmA, CAP (CJA), Vice President. Duncan is a columnist and contributor for industry magazines and journals. He has been an instructor of the gemstone course at Ryerson University, the Gemmology courses of George Brown College and Canadian Gemmological Association as well as instructor Master Valuer Program with the Canadian Jewellers Association. A renowned expert, he speaks regularly at international gem and jewellery conferences and symposiums, as well as at less formal events. He has served as President of the Canadian Gemmological Association since 1995. Before joining Dupuis Auctioneers, Duncan was a director of research at Harold Weinstein Ltd., a leading and respected jewellery appraisal company.
View all posts by Duncan Parker →
This entry was posted in Gemmology, Jewellery. Bookmark the permalink.