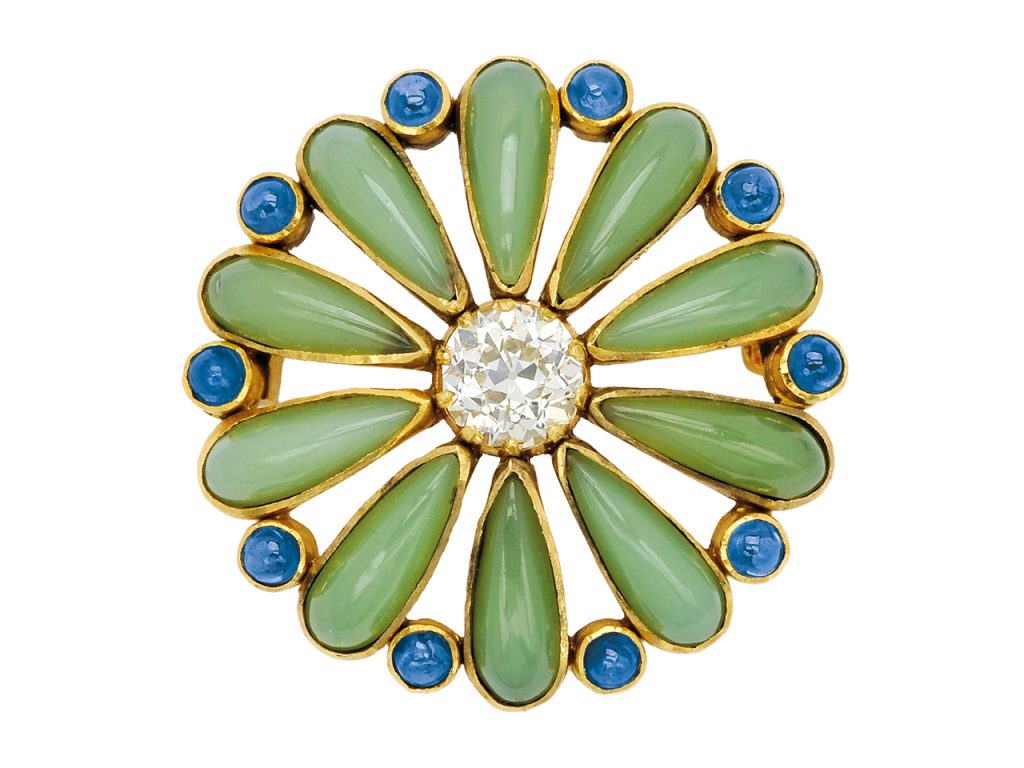 The nineteenth Century is a time of change. Industry creates a growing middle class. Archaeology is invented, and all around the Mediterranean, sites reveal beautiful decorative items of the ancient world. Artifacts of ancient Greece, Egypt, and the Italian peninsula provide inspiration. Designers look fondly back on the ancient world. Castellani and Giuliano are two jewellers drawing on this inspiration, and become two of the most important names in jewellery history.

Fortunato Pio Castellani was a collector and dealer in artifacts of the ancient world. Founding a business in Rome in 1814, Castellani is one of the first dealers to bring ancient decorative items of beauty to 19th century customers. 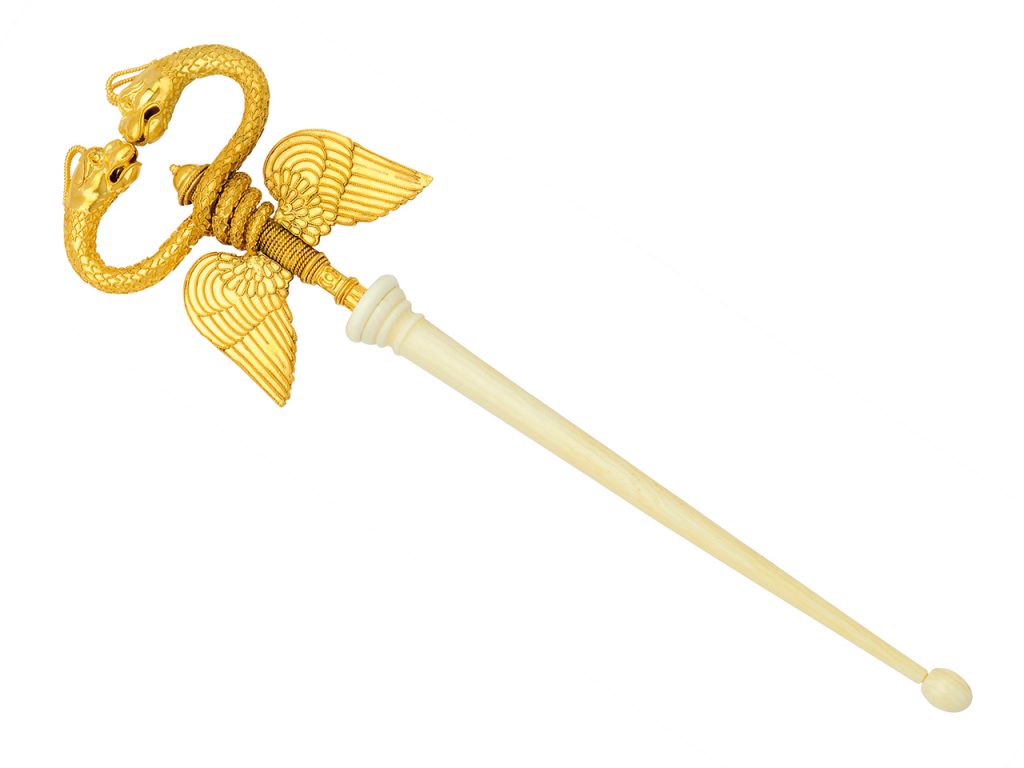 Castellani’s believed the ancient world produced the most beautiful items. He also felt the forgotten styles and techniques of our ancestors should be resurrected. The delicacy of hand made and custom ornamented artifacts of the ancient world would benefit connoisseurs and collectors.

The house of Castellani, under Fortunato’s sons, Alessandro and Augusto, thrived in Rome. They began creating fine jewels inspired by jewels of the ancient world. The company gained a reputation for being the go-to place for interesting and beautiful interpretations of ancient design in a modern (nineteenth Century) world.

Symbols found in ancient art, mythological creatures, ancient wine jugs, (for example, a ram, and amphora, seen in the brooch, below), and religious images are among the forms commonly found in Castellani jewels. A caduceus, seen in the hairpin, above, was an ancient Greek and also ancient Egyptian symbol of messengers (bringers of good news), only more recently has the symbol come to represent the medical profession. The jewels often contain mixed images drawn from different places in ancient history. 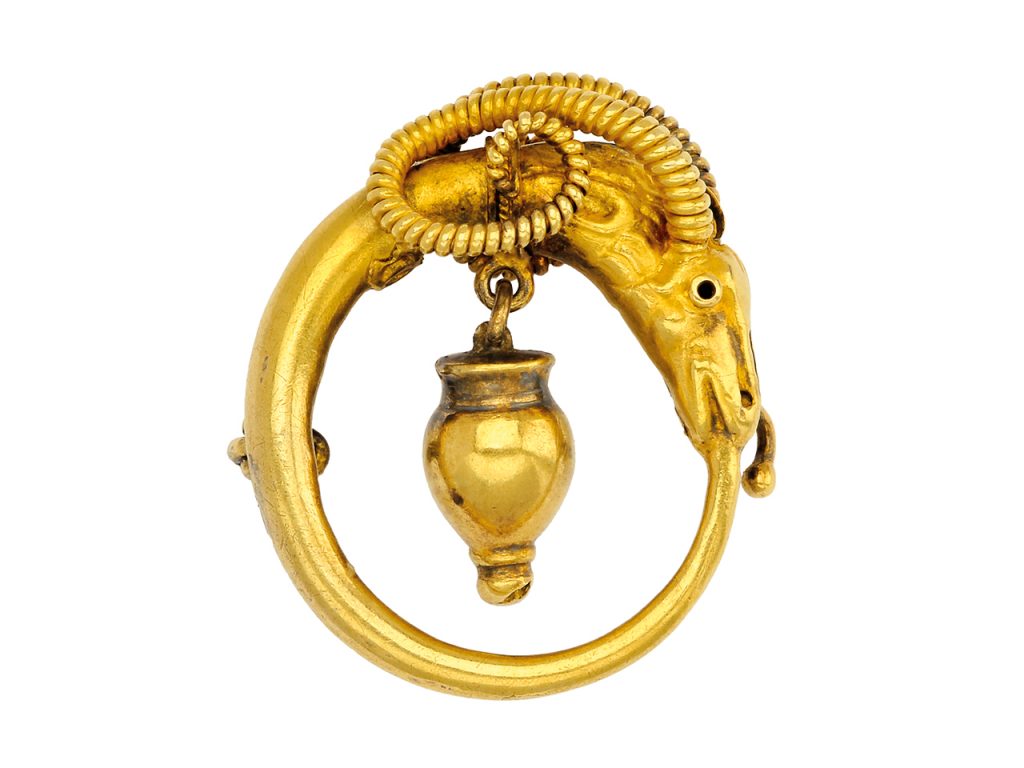 Castellani brooch, Circa 1880s, a mythical ram’s head with an amphora, Lot 326, offered in the Spring 2017 Important Jewels Auction

The Castellani family often visited archaeological sites. They examined ancient jewels as they were excavated. With access to these jewels, the family became fascinated by metal-working techniques that had been lost in the mists of time.

Delicate filigree and texturing with tiny grains of gold (“granulation”) were decorative elements that the Castellani family really wanted to revive. After decades of work, they re-discovered these methods and produced incredible jewels. As a result, the elements of ancient design were incorporated into highly desirable jewels which appealed to Europe’s wealthiest classes.

By the late 1850s, travellers to Italy and Rome absolutely had to make a stop at Castellani’s to make a purchase of their famous “revival” jewels. These treasures were so popular that Castellani opened stores in Paris and London. 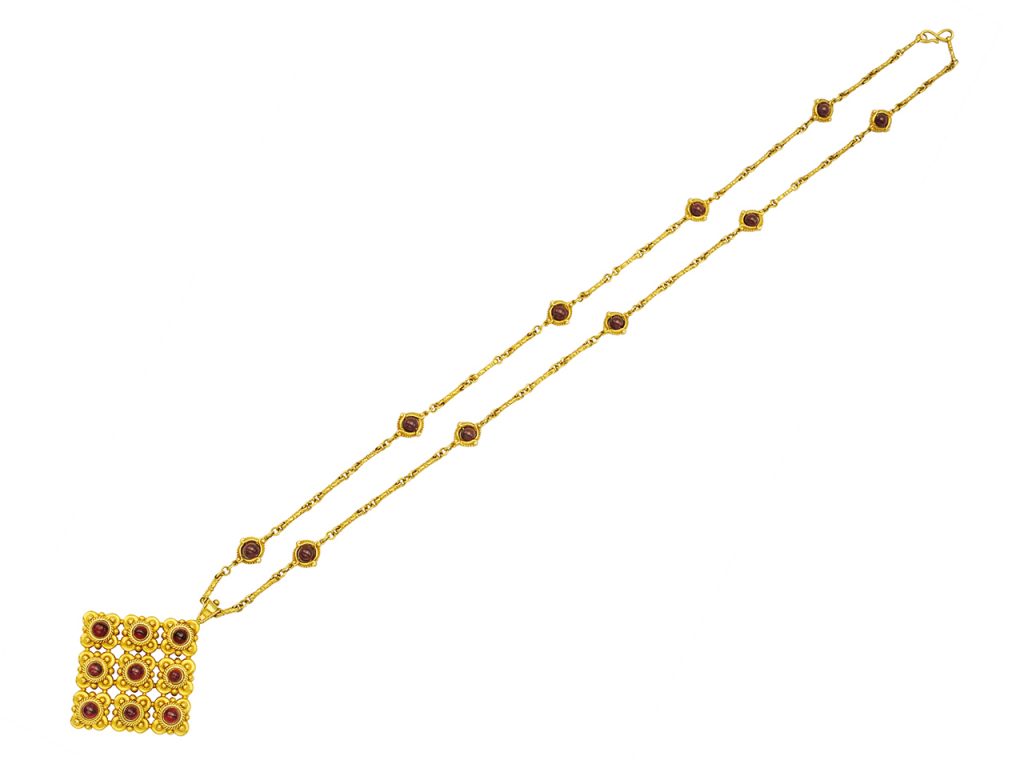 The London office was opened by Castellani protege Carlo Giuliano. Giuliano became fascinated by the jewels of the Renaissance. Thus, he shifted his focus from ancient to Renaissance jewels of the 1500’s. The jewels of Giuliano rarely focused on expensive gemstones, the gems were seen as an integral part of the design. The pendant, above, is a perfect representation of this focus.

The jewels of the ancient world had very little enamel, but there was widespread use of enamel in the Renaissance. The Castellanis used stone inlay and mosaic in their ancient revival jewels. Giuliano, however, worked widely with delicate enamels.

Giuliano opened his own business in London, and immediately developed a reputation for extraordinary Renaissance revival jewels. A trademark of work by Giuliano was very delicate enamel work. Of great note is the unique combination of black detail on white enamel, or white on black. Below, the brooch shows the delicate enamel work of Giuliano. 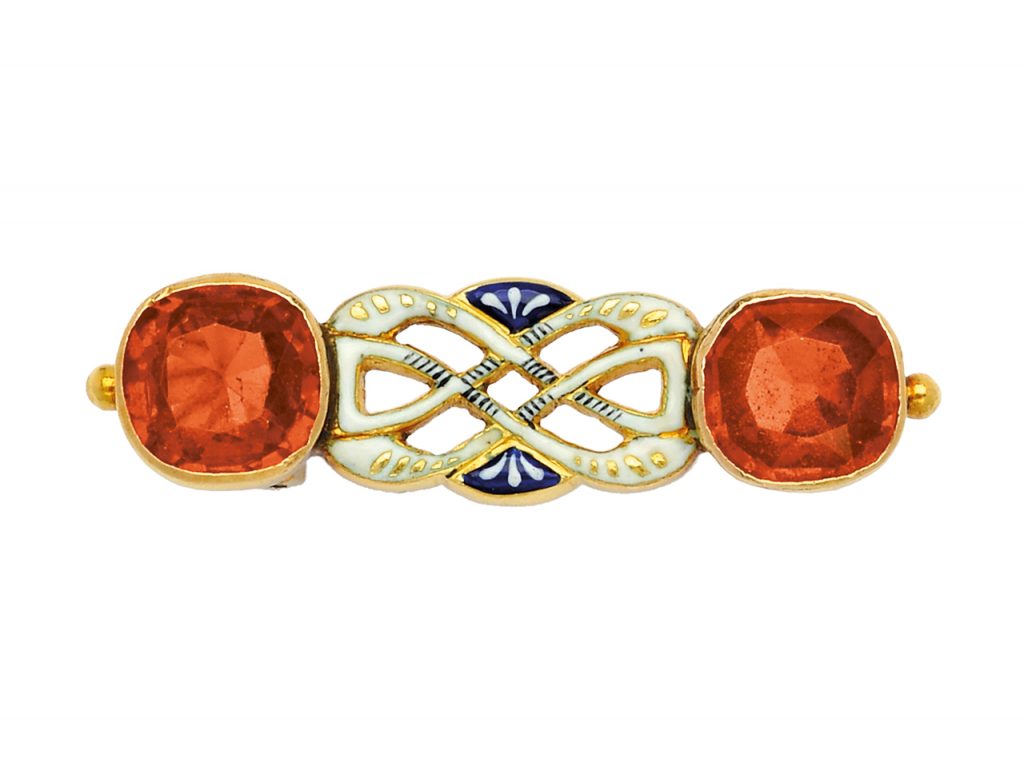 Giuliano and Castellani jewels are known for being decorated on the back. Most jewellers don’t bother with making the back of jewels pretty. Both Castellani and Giuliano looked at the complete beauty of the entire jewel. The pleasure of a beautiful reverse side of a jewel provides joy to the wearer each time they put it on and take it off.

While Castellani and Giuliano made what are called Archaeological and Renaissance Revival jewels, they were inspired by, but not direct copies of designs and styles from bygone eras. Cameos, similar to the one below, are often seen in ancient Roman jewels, but this cameo is framed by classic Giuliano black and white enamel. 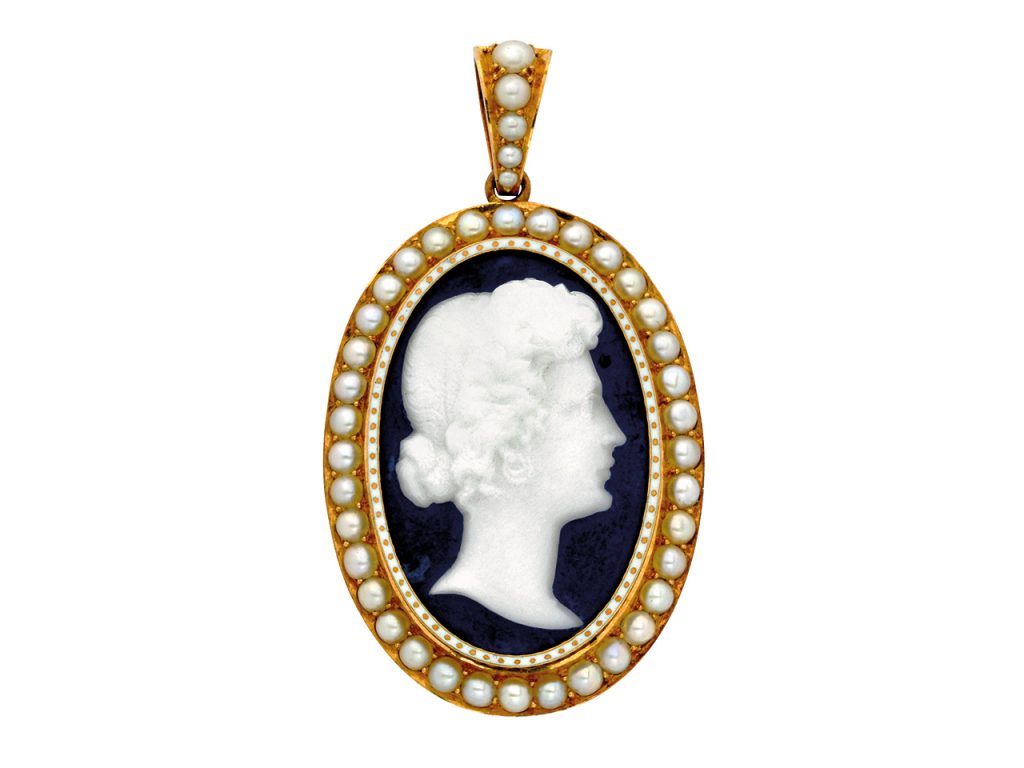 Castellani and Giuliano are two of the most important names in the history of jewellery. These two names generate real excitement among collectors. At Dupuis, we are very pleased to have the opportunity to offer six important jewels from these two houses in a single auction.

Duncan Parker, FGA, FCGmA, CAP (CJA), Vice President. Duncan is a columnist and contributor for industry magazines and journals. He has been an instructor of the gemstone course at Ryerson University, the Gemmology courses of George Brown College and Canadian Gemmological Association as well as instructor Master Valuer Program with the Canadian Jewellers Association. A renowned expert, he speaks regularly at international gem and jewellery conferences and symposiums, as well as at less formal events. He has served as President of the Canadian Gemmological Association since 1995. Before joining Dupuis Auctioneers, Duncan was a director of research at Harold Weinstein Ltd., a leading and respected jewellery appraisal company.
View all posts by Duncan Parker →
This entry was posted in Antique Jewellery, Auctions, Jewellery, Victorian and tagged antique, Castellani, Giuliano, jewel, revival. Bookmark the permalink.